With two motoryacht models so far, each only about a year old, Turkey’s Sirena Yachts is not sitting still. Turkish yard Sirena Yachts used the occasion of the 2018 Miami Yacht Show to announce that its flagship project, the Sirena 85 its first-ever superyacht.

The launch date for this superyacht has not been revealed, but the design combination was confirmed. Naval architecture and interior design come from two names well known to Americans: German Frers and Cor D. Rover Design. The Frers studio styled and engineered the smaller Sirena models, the Sirena 56 and 64. It’s giving the Sirena 85 a similar look, for a family feel. 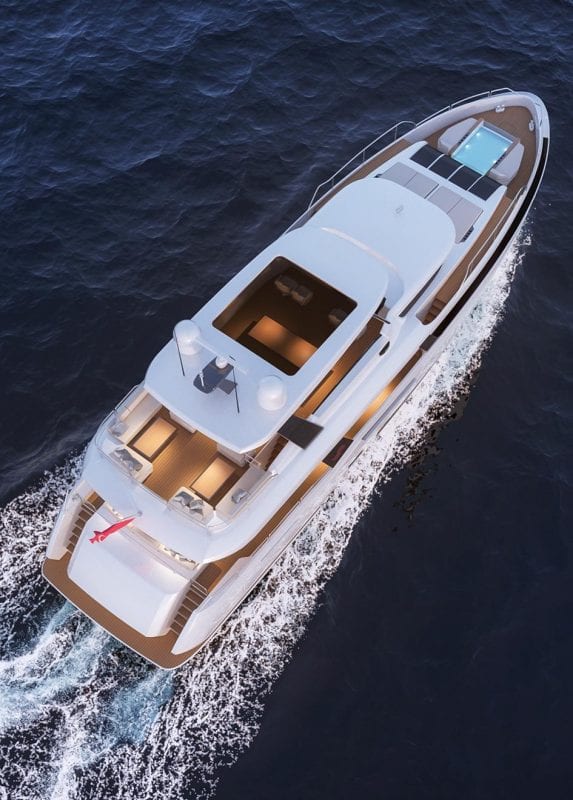 “The hull characteristics and design are an evolution of her smaller sister: low resistance and a sea kindly hull that performs efficiently and with a minimum of fuel consumption through all speed ranges.”

Constructed of fiberglass, with a carbon composite superstructure, the 85 should see relatively low fuel burn throughout the speed range. German Frers himself of the eponymous design studio says top speed should be 26 knots depending on the engine package selected.

The interior will be offered in either a four-cabin or a five-cabin layout, with the option for a main deck master suite with a private fold-out balcony direct access and direct access to the foredeck infinity pool. 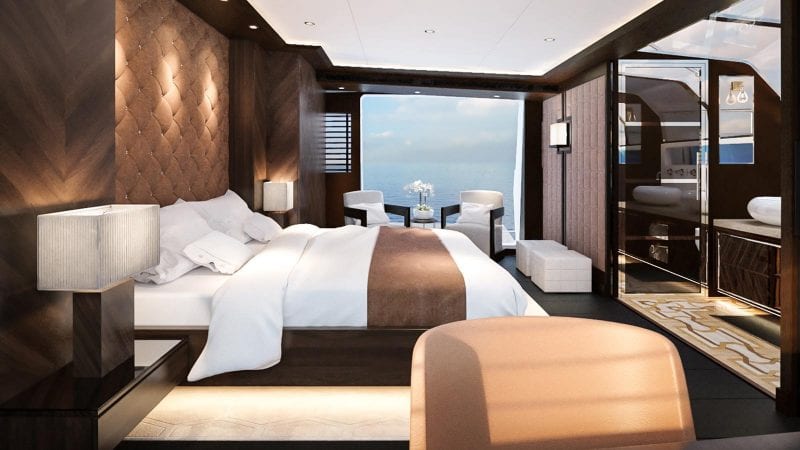 “Our interior design philosophy is based upon an inseparable link between the inside and the outside of the yacht,” Cor D. Rover explains.