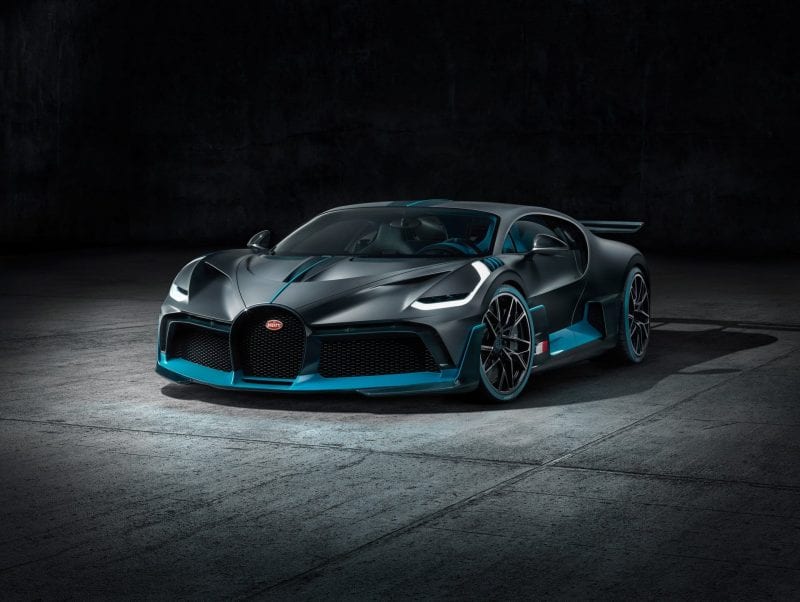 New Bugatti Hypercar Worth $5.8 Million Is A Master At Cornering

Bugatti has released its newest hypercar at Monterey the $5.8 million Divo. Only 40 will be made, considerably fewer than the 500 examples produced of the $4.1 million Chiron. Designed to revive the company’s tradition of coachbuilding, the Divo features a unique design which shares little with the Chiron.

The engine, it’s a familiar quad-turbocharged 8.0-liter W16 which continues to produce 1,500 PS (1,103 kW / 1,479 hp). While the engine carries over from Chiron, Bugatti says the Divo won’t have a top speed mode and will be limited to 380 km/h (236 mph). Compared with the Bugatti Chiron, a hyper grand tourer, the Divo is much more focused on driving dynamics.

The hypercar is 77 pounds (34kg) lighter, while its aerodynamics generate an additional 198 pounds of downforce. The Divo can pull 1.6 G’s during lateral acceleration and lap the Nardò circuit eight seconds faster than the Chiron. Bugatti also says the car has a “perceptibly different driving experience on winding roads.”

The car carries with it key elements of other classic Bugatti-brand cars including the horseshoe-shaped front grille, the famed Bugatti signature line on the vehicle’s side, and the familiar fin that showcases the longitudinal axis of the car when seen from above. On inside the Divo gets Alcantara upholstery in ‘Divo Racing Blue’ petroleum tone.

And if you were wondering where the name comes from, the hypercar is named after Albert Divo, the French racer who won the Targa Florio race held in Sicily twice for Bugatti in the late 1920s.