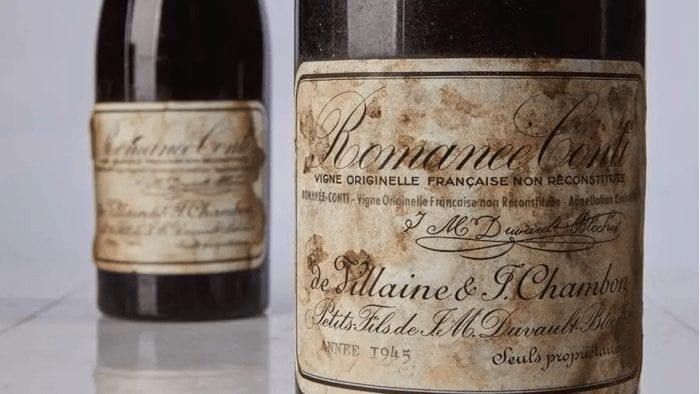 Sotheby’s Sold World’s Most Expensive Bottle Of Wine At $558,000

A bottle of 1945 Romanee-Conti Burgundy wine was sold for a record breaking $558,000 at a Sotheby’s auction in New York over the weekend. The final price, including taxes and commissions, was 17 times the auction house’s $32,000 upper estimate for the fine French wine. A few minutes after Saturday’s sale, another 1945 Romanee-Conti was sold for $496,000, two of those were sold in separate auction bids .

Romanee-Conti is widely considered the best Burgundy wine, and is one of the world’s most prestigious producers. Romanee-Conti made just 600 bottles of dark red nectar before pulling up its vines for replanting. The bottles were in the personal collection of Robert Drouhin, from a prominent wine producing family. The total collection sold for $7.3 million. Nine of its 100 bottles went for six-figure sums.

The 1945 vintage is “rare and wonderful,” Serena Sutcliffe, head of Sothebys international wine department, wrote in the lot notes. “The best bottles are so concentrated and exotic, with seemingly everlasting power—a wine at peace with itself.”