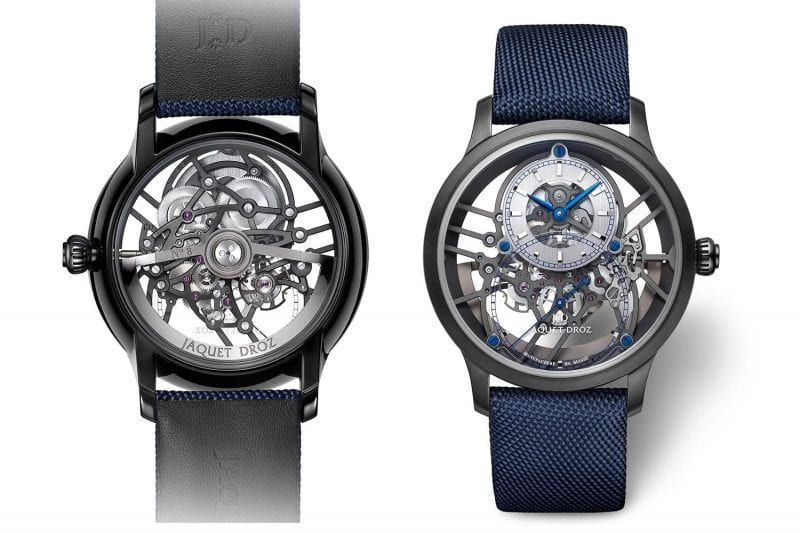 Jaquet Droz has jumped on the growing trend for ceramic watches by recreating its Grande Seconde using the material. Designed over two and half centuries ago, the Grande Seconde by Jaquet Droz never ceased to evolve, reinvents details and finishes with each variation, to both surprise and astound. The new Grande Seconde comes in a 41.5mm satin-finished ceramic case with the Skelet-One’s open movement structure, featuring a black NAC coating that intensifies its power and modern, masculine character. Its straight lines contrast with the ceramic case’s finishing, with a satin-finished top just like its lugs. The skeleton movement has blued steel screws that fix together. Each of these screws is “indexed,” meaning they are turned towards the center of the dial. Its indexes are made of 18ct white gold and the hours and minutes dial is crafted from steel.