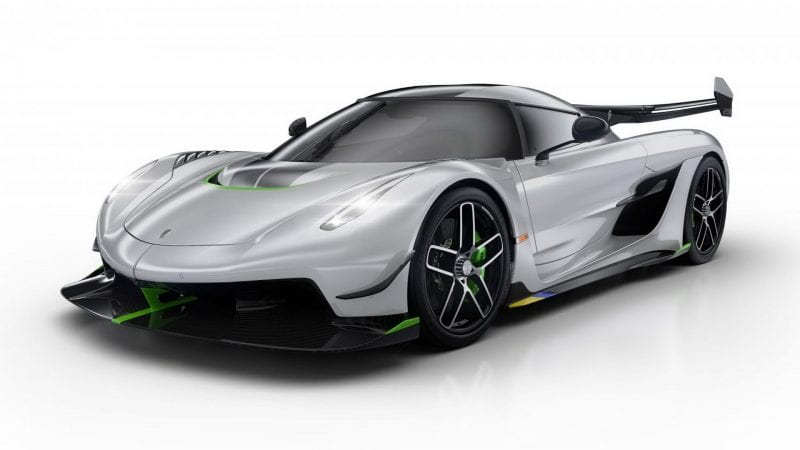 Koenigsegg has unveiled the supercar the replacement of the Agera RS and its name is Jesko.  Jesko is named for Jesko von Koenigsegg, the father of company Founder and CEO, Christian von Koenigsegg.

A completely in-house designed 9-speed Light Speed Transmission is a quantum leap in tech. The Koenigsegg LST allows the driver to change to the optimal gear for acceleration, regardless of that gear’s relationship to the current gear.

A double-profile rear wing  gives it the necessary downforce needed for a machine that the company says can break the 300mph barrier, in certain situations. The front splitter is deeper than that of the Agera and has enlarged, active under-body flaps to enhance or decrease downforce as needed. Both the front and the rear triplex dampers now incorporate active bump and rebound damping. The manufacturer has equipped Jesko with an adaptive, active rear steering system that increases responsiveness and heightens the senses at both high and low speeds.

The Koenigsegg Jesko’s carbon tub is 40mm longer and 22mm higher than that in the Agera RS in order to give it more space inside the cabin. Jesko’s new optional carbon fibre wheels are the lightest and strongest production wheels of their size. Larger than the Agera RS wheels they replace, the front weighs just 5.9kg (20” x 9.5”) and the rear 7.4kg (21” x 12”). The bodywork is also fitted with Koenigsegg’s Autoskin system, a range of mini hydraulic actuators that can operate everything from the aero-kit elements to the dihedral doors and hoods, enabling a touchless entry. The system is operated through the car’s remote control.

Only 125 Jeskos will be built, at a rate of around 40 to 50 a year, so compared to the 25 Agera RS and 80 Regeras its sold, that’s progress.  Koenigsegg has set its own high bar even higher and the rest of the hypercar world is on notice. Discover Opulent Club on Apple News.