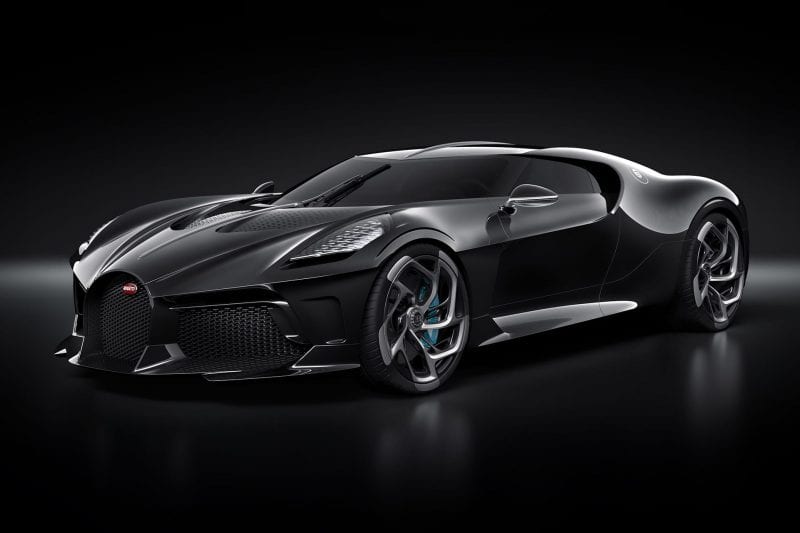 The hyper sports car “La Voiture Noire” is a one-off homage to Bugatti’s Type 57 SC Atlantic to celebrate the 110th anniversary of the company.   It’s loosely based on the Chiron, employing the same 8.0L, 16-cylinder engine with an output of 1479 horsepower.  Features aggressive styling up front with a more pronounced grille, while the headlights recede back above the wheel arches rather than being placed horizontally above the bumper, which now juts out sharply.

“There is no other car in the world with such an engine. It is not only extremely powerful but also beautiful to look at,” Bugatti President Stephan Winkelmann said.

“With La Voiture Noire, we are paying homage to our heritage and bringing speed, technology, luxury and aesthetics forward to a new era,” Winkelmann continued. “With our automotive haute couture, we have shown what Bugatti is capable of.”

Bugatti designer Etienne Salome said all the components of the car have been handcrafted. Bugatti has not named the buyer of the car, saying only that they are a ‘Bugatti enthusiast’. Discover Opulent Club on Apple News.