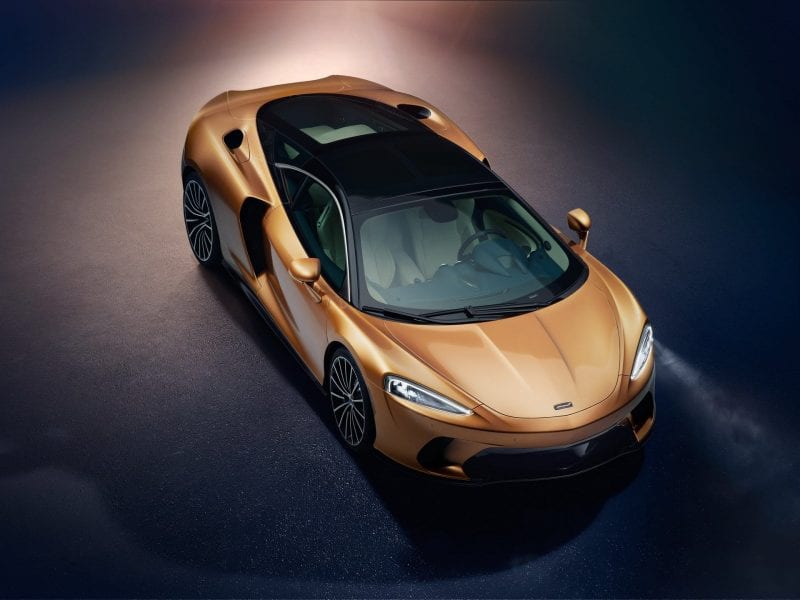 McLaren has just unveiled the all-new GT, with a mid-engine, carbon-tub machine. The McLaren GT is the first McLaren that’s for the street first and the track a distant second. Sharing its DNA with the Speedtail, the new McLaren GT becomes the fourth new model part of the brand’s 2025 business plan announced last year. Orders can be placed today, with deliveries set to commence towards the end of 2019.

“The new McLaren GT combines competition levels of performance with continent-crossing capability, wrapped in a beautiful body and true to McLaren’s ethos of designing superlight cars with a clear weight advantage over rivals. Designed for distance, it provides the comfort and space expected of a Grand Tourer, but with a level of agility never experienced before in this segment. In short, this is a car that redefines the notion of a Grand Tourer in a way that only a McLaren could,” said the company’s CEO, Mike Flewitt.

The new McLaren GT baked in the comfort, practicality, and luggage space right from the beginning. Built around the carbon fiber MonoCell II-T Monocoque structure with exceptional levels of strength and rigidity, the grand tourer weighs just 3,373 pounds. The McLaren design team chose to give the new GT long and elegant exterior lines and muscular rear fenders, so as to express that this is more of a long journey supercar than the usual track-focused weaponry we’ve come to expect from the British brand.

Inside the cabin, and you’ll find cozy space designed for long trips with comfortable, electrically adjustable, and heated seats. McLaren designed specific seats for the GT, while there’s a new infotainment system a 12-speaker Bowers & Wilkins audio system and standard Napa leather trimmings. Eventually, cashmere will be an interior option. The standard roof is made from carbon fiber and painted gloss black, but a glass roof with an electrochromic tinting function will be available as an option.

The GT is available to order now. It starts at $210,000 and deliveries will happen at the end of this year.  Discover Opulent Club on Apple News.