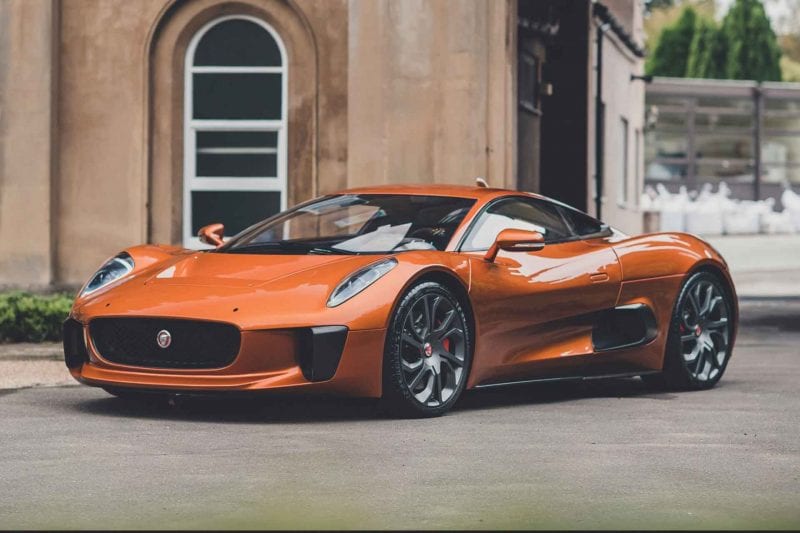 A Jaguar C-X75 stunt car built for the 2015 James Bond film Spectre will be offered at RM Sotheby’s inaugural auction in the Middle East on Nov. 30. The C-X75 was one of four stunt cars used to film a chase scene set on the winding streets of Rome.

The car, with chassis no. 001 was driven on screen by Dave Bautista, who played the villainous assassin, Mr. Hinx. The Jaguar C-X75 was intended to be a hybrid-electric, two-seat concept car produced by Jaguar in partnership with the Formula 1 team, Williams Advanced Engineering division, according to RM Sotheby’s. After filming, the car was returned to Williams and was fully serviced before serving as a press car, traveling the world and appearing in events for the Spectre’s release, including being driven by Williams F1 driver Felipe Massa before the 2015 Mexican Grand Prix.

The auction will take place on the first floor of the Formula 1 Paddock Club in Abu Dhabi, the capital of the United Arab Emirates, on the evening of Nov. 30, concurrent with the Formula 1 Etihad Airways Abu Dhabi Grand Prix. This marks RM Sotheby’s first auction in the Middle East. Estimate auction price somewhere between $800,000 and $1.2 million. Discover Opulent Club on Apple News.