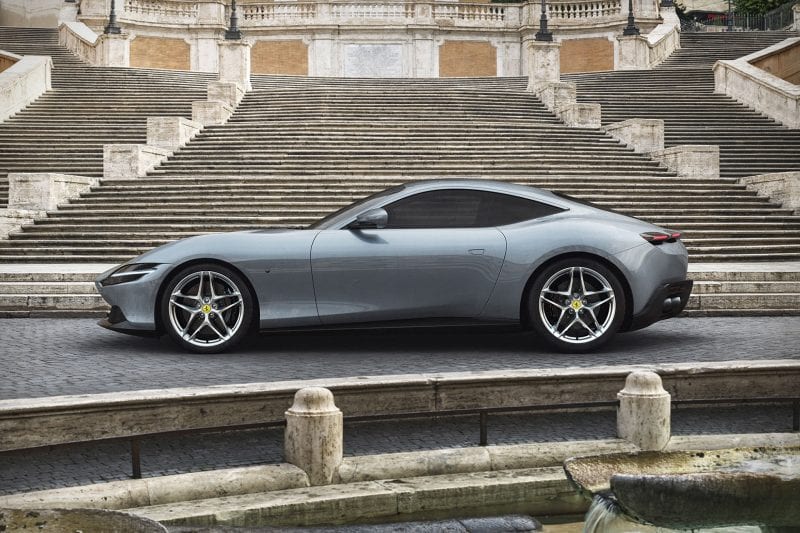 Ferrari has officially unveiled its latest creation named Roma, and like the city it’s named after it’s a mesmerizing combination of the familiar and new. Inspired by the laidback lifestyle of 1950s and ’60s Rome, Ferrari’s latest coupe is a surprisingly subdued GT.

The Roma’s clean lines are especially evident in the vehicle’s profile where its easiest to see the long hood and swoopy fenders.  The car’s design becomes more aggressive at the rear as the Roma has bulging fenders with integrated LED taillights. The model also has a black rear bumper with an integrated four-tailpipe sports exhaust system.

Inside, drivers are treated to a high-tech cabin that features a digital instrument cluster and a unique infotainment system with a portrait orientation. A series of switches control the gear selection. The driver looks through the steering wheel at an expansive digital instrument display, and passengers have a separate, smaller screen in front of them.

For now, Ferrari has not announced a release date or price for this latest model. Discover Opulent Club on Apple News.