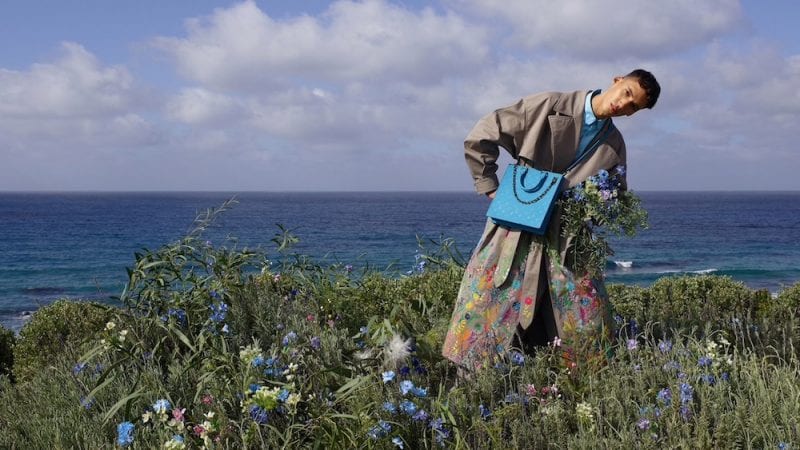 For this year’s Spring/Summer season, Virgil Abloh has unveiled Men’s Spring-Summer 2020 Campaign for the house of Vuitton.  Shot in Morocco, the campaign balances the natural with the synthetic. There are flowers and local Moroccan models, but there are also kites, apparel, and bags.

The campaign consists of two chapters, first was photographed by Viviane Sassen and second is lensed by Leonce Raphael Agbodjélou. The first chapter was shot by Viviane Sassen as a tribute to Morocco. There is a call to a simplicity that binds us that can be found in the bleeding sun of ocean’s sand. With moments of summer highlighted through the picking of flowers, kites flying in the air, and the tranquil energy of the beaches, the campaign is truly a celebration of the male youth.

The Collection’s pastels and prints come alive against a backdrop of traditional African motifs in the second chapter of the campaign photographed by Leonce Raphael Agbodjélou.  Discover Opulent Club on Apple News.