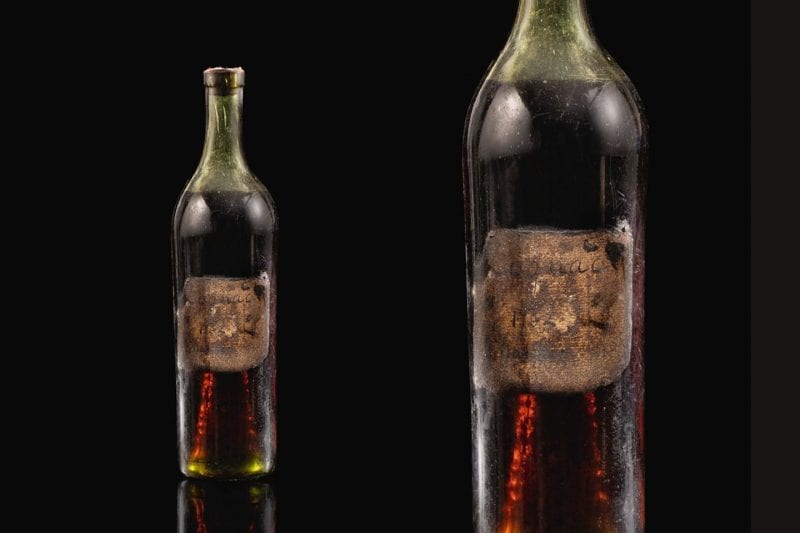 The item in question a bottle of Gautier Cognac 1762 is billed as “the oldest vintage Cognac ever to be sold at auction”: one of just three bottles of “this exceedingly rare” spirit to still exist today, all of which still have their original labels.

The cognac, bought by an Asian private collector, was the last and largest of these remaining bottles, known as “Grand Frère”, or the “Big Brother”. Its little sister (“petite soeur”) is housed in the Gautier Museum, and its little brother (“petit frère”) was sold at auction in New York in 2014. An Asian private collector placed the winning bid during Sotheby’s Distilled | Iconic Samaroli, Dalmore 62 and The World’s Oldest Cognac sale. Gautier Cognac 1762 ‘Grand Frère’ is the oldest vintage Cognac ever sold auction.

The winning bidder will also enjoy a “bespoke experience” at the distillery included in the price, Sotheby’s added. It revealed the bottle had been given to the seller’s great grandparents by an orphan they had fostered called Alphonse. He had left his adopted family in the 1870s to work in the Cognac region and returned home a decade later with a cart loaded with bottles of Cognac. Most were soiled, but amongst them were the three Maison Gautier Cognacs, with their labels in pristine condition, according to Sotheby’s.

Providing some perspective on just how old the cognac is, Sotheby’s stated, “The year 1762 is notable for a number of historic events, not least Britain entering the Seven Years’ War against Spain and Naples, Catherine II becoming empress of Russia, and the first Saint Patrick’s Day Parade in New York City.” Discover Opulent Club on Apple News.