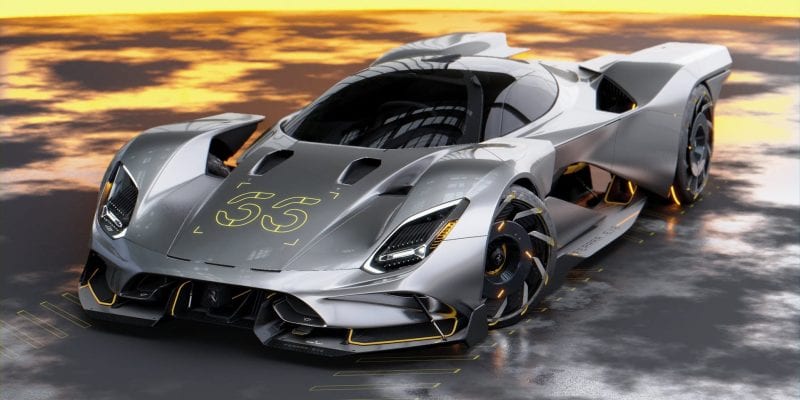 Designer Leyang Bai has imagined a Ferrari for the world of the new video game Cyberpunk 2077. Described as a “mixture of a Ferrari 312 P homage and the style of Cyberpunk 2077, imagining what a LeMans hyper-car may look like in that world and that year,” the FerRAR.EXE is futuristic enough for the video game.

The front-end of the FerRAR.exe 2077 pays homage to the 312 P with a hood that slopes downward dramatically, and in the rear, the concept offers shades of the LeMans racer with its angular fins. The FerRAR.exe is supposed to be all-electric, and some notable elements include the unique LED head and tail lights, partially-exposed suspension components, and directional wheels with a turbine-like design.

Down the side, the profile draws inspiration from that of the LaFerrari, and that glasshouse reminds us of the SF90 Stradale’s roof.  One of the most notable features, however, are the car’s aggressive fenders. They seem to be more reminiscent of something like a Porsche 917 than any Ferrari.

While it’s highly unlikely that we’ll ever see the FerRAR.exe  in Cyberpunk 2077 anytime soon. But it’s certainly something we’d love to drive in the virtual world, fighting robots all the while.