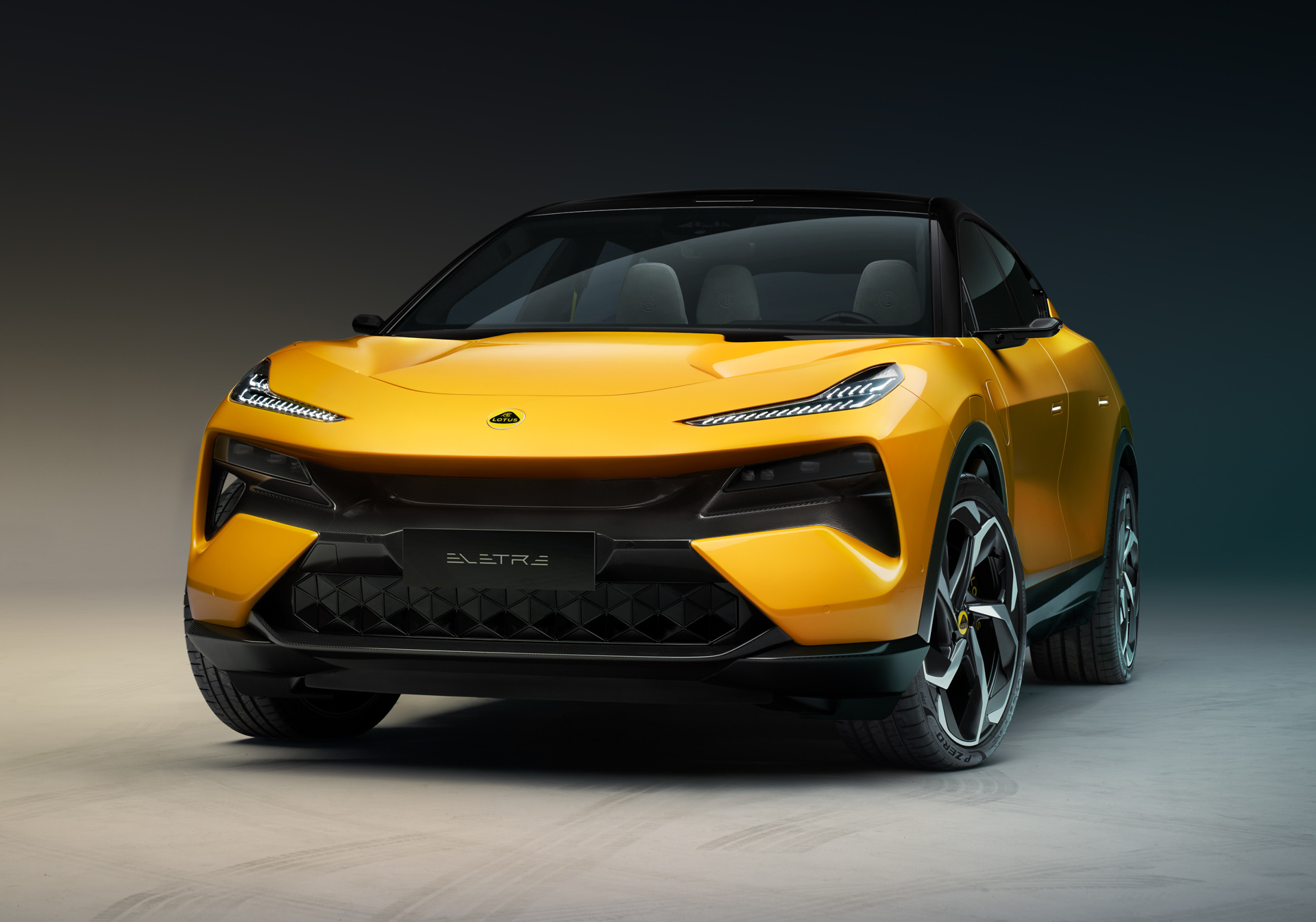 The Lotus Eletre Is a High-Performance Electric SUV

British automaker Lotus announced that it too has an EV. The new Lotus Eletre is an all-wheel-drive EV SUV with at least 600 hp. It’s a pure-electric SUV, weighs north of 2.2 tonnes, and also happens to be the first Lotus in the company’s 74-year history to have four doors.

Lotus claims 600 horsepower driving all four wheels, with a maximum range of 373 miles and fast-charging capability, along with the company’s legendary road-holding ability. The new Lotus electric SUV can garner 400 km (248 miles) in 20 minutes from a 350 kW charger and can accept 22kW AC charging as standard where available.

The front end of the Eletre will feature a deployable LiDAR sensor above the windshield as well as on either side of the EV, a world-first for a production car, and rides on a platform developed exclusively for Lotus. For the Eletre, Lotus will include “end-to-end autonomous driving technology” and over-the-air software update capabilities. The platform will be the basis for a range of premium performance EVs from Lotus. By “end-to-end autonomous driving,” Lotus is really referring to self-parking capabilities. The company says that “a customer can use their smartphone app to request their Eletre to drive to them autonomously from a nearby parking space, and then autonomously repark once the journey is complete.”

Moving inward, the Eletre will come in both four- and five-seat layouts, situated below a fixed panoramic sunroof.  The material choices for the cabin is a durable man-made microfibres on the primary touchpoints, and an advanced wool-blend fabric on the seats, while the hard parts are constructed from little bits of carbon fiber recycled from the edge of weaves rather than being made specially.  The center of the dashboard is dominated by a vast 15.1-inch OLED touchscreen interface. A head-up display featuring augmented reality, overlaying data onto the real world, will also be offered.  Both the cockpit and rear section contain OLED touch screens and trays for wireless phone charging, as well as vital cupholders.

The Electre is on sale now for China, Europe, and UK markets, with the US introduction coming in 2024. Discover Opulent Club on Apple news.