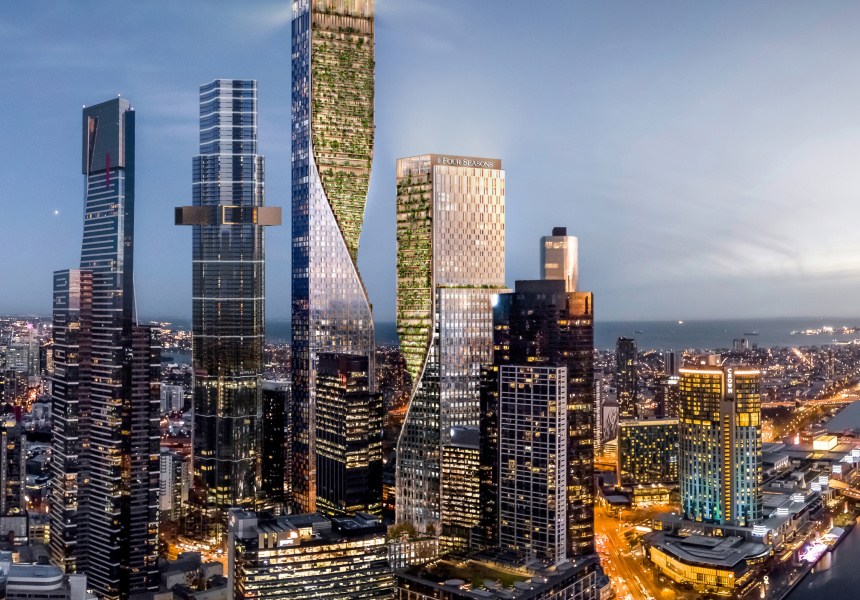 ‘An Urban Resort In The Sky’ Four Seasons Hotel Melbourne

The hotel will feature 210 rooms at the top of the western tower of the twisted structure, with a lobby situated on the 63rd floor offering panoramic views of the city skyline, beachfront and Royal Botanical Gardens. The hotel will also feature health and wellness facilities, a rooftop restaurant and multiple event spaces. Slated for completion in 2027, Sth Bnk by Beulah is expected to stand at 365 metres, which would make it the tallest tower in Australia. And across its two twisting, terraced spines will also be a 5.5-kilometre vertical garden – one of the world’s tallest.

“Four Seasons was the perfect partner for Sth Bnk by Beulah and will offer an unmatched hospitality experience, while remaining uniquely Melbourne,” Beulah executive director Adelene Teh said in a statement.