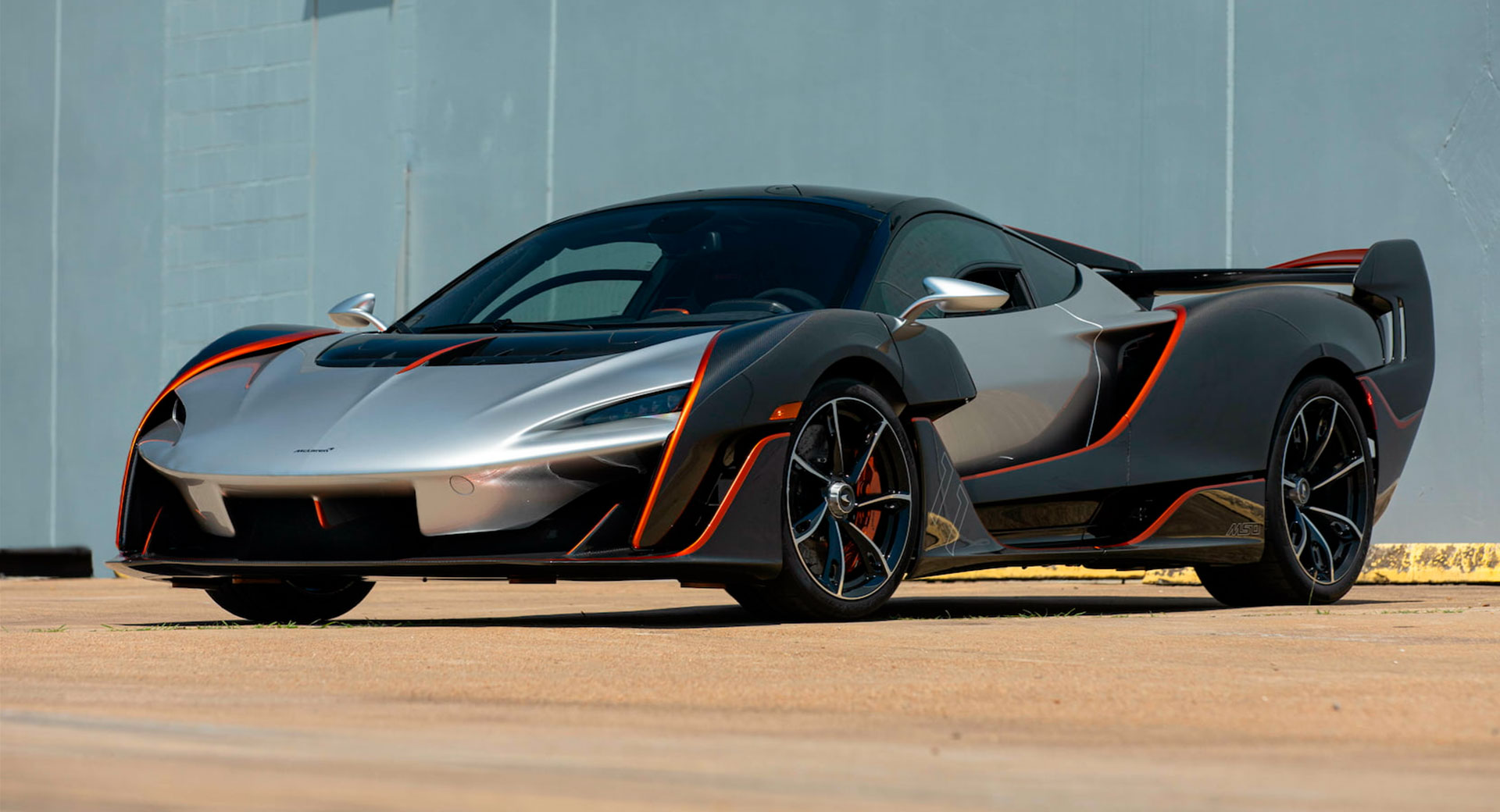 An extraordinarily rare McLaren Sabre chassis number 11 will be sold by Mecum Auctions during its Monterey sales event running from August 18-20. With only 15 examples ever made, designed specifically for the United States market as an MSO commission through McLaren Special Operations, the hypercar is a show vehicle for the road. It offers thrilling performance and features one-of-a-kind design and a surprisingly compliant suspension that makes even the longest of road trips enjoyable.

Being a super rare McLaren, the Sabre is easily distinguishable from the Senna. It is finished in Liquid Argentum paint, with gloss Visual Carbon Fiber accents and Liquid Papaya pinstripes. Other notable exterior features include blacked-out diamond-cut seven-spoke wheels with Liquid Argentum center-lock nuts. In addition, orange brake calipers with a black-accented McLaren logo have been fitted.  While the underpinnings of the Sabra are similar to other McLaren models, the exterior features all-new parts and takes inspiration from McLaren’s Vision Gran Turismo Concept unveiled back in 2017.

This extremely detailed specification is thanks to MSO Commissions program beginning with a blank sheet of paper and allowing the customer to customize every minute detail of the car. Not does MSO allow the customer experience with the visual side of things but also the mechanical bits, with engineers and test drivers playing a part in making it an especially bespoke experience.

Found in the cabin of this Sabre are a number of other unique touches. Most notably, the driver’s seat is bathed in Volcano Orange while the passenger seat is trimmed in Carbon Black. Liquid Papaya accents are also found throughout, as are a host of satin carbon fiber parts and brushed Azores air vent surrounds, paddle shifters, and touchscreen bezel.

Fitted with the most powerful non-hybrid McLaren twin-turbo V8 engine to date and a 7-speed dual-clutch transmission, the Sabre has 824bhp and 590lb-ft of torque, with a maximum speed of 218 mph, making it the fastest-ever two-seater McLaren.

Each of the 15 hypercars were individually hand-built and in a dedicated facility in Woking, U.K., where every customer took part in a personal one-to-one spec session to help ensure that the finished car matches their vision. Discover Opulent Club on Apple news.