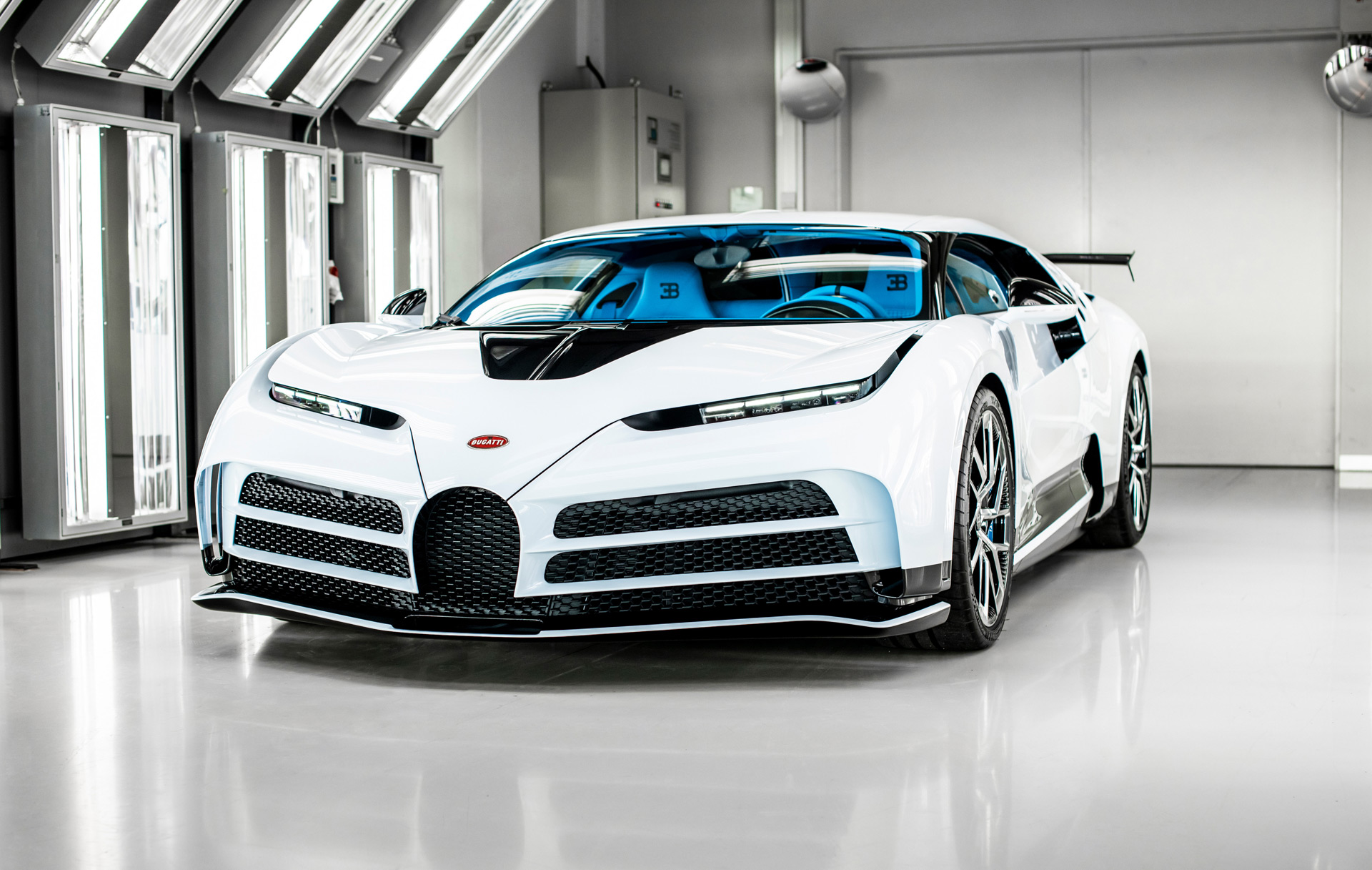 The French marque Bugatti on Monday announced it has delivered the tenth and final example of its Centodieci, a coach-built special-edition version of the Chiron hypercar. Limited to 10 examples globally, the heritage-laced Centodieci has left the Bugatti range and entered the pantheon of automotive history. The company built the final car in its Molsheim, France, factory and delivered it to its anonymous new owner.

Sold-out before its debut in August 2019, the Centodieci is a tribute to the EB110 released in 1991.  There is an entirely new roofline and profile, with a front that sits much lower and a new frontal visual identity inspired by the EB110’s understated Bugatti horseshoe grille. The original car’s Bauhaus-inspired flat surfaces and details can be found on Centodieci. The slab-shaped headlights of EB110 evolve into cutting-edge slimline LED headlights.

The final Centodieci is finished in a dazzling coat of Quartz White broken up only by Black Carbon accents and a matte black horseshoe grille.  On the lower part of the body and Light Blue Sport paint on the massive brake calipers. Light Blue Sport paint on the rear wing adds a finishing touch to the look, and Bugatti notes this color is inspired by one that was offered on the EB110.

The last Centodieci closes a chapter of Bugatti’s history that also includes 40 units of the Divo and the one-off La Voiture Noire. Discover Opulent Club on Apple news.