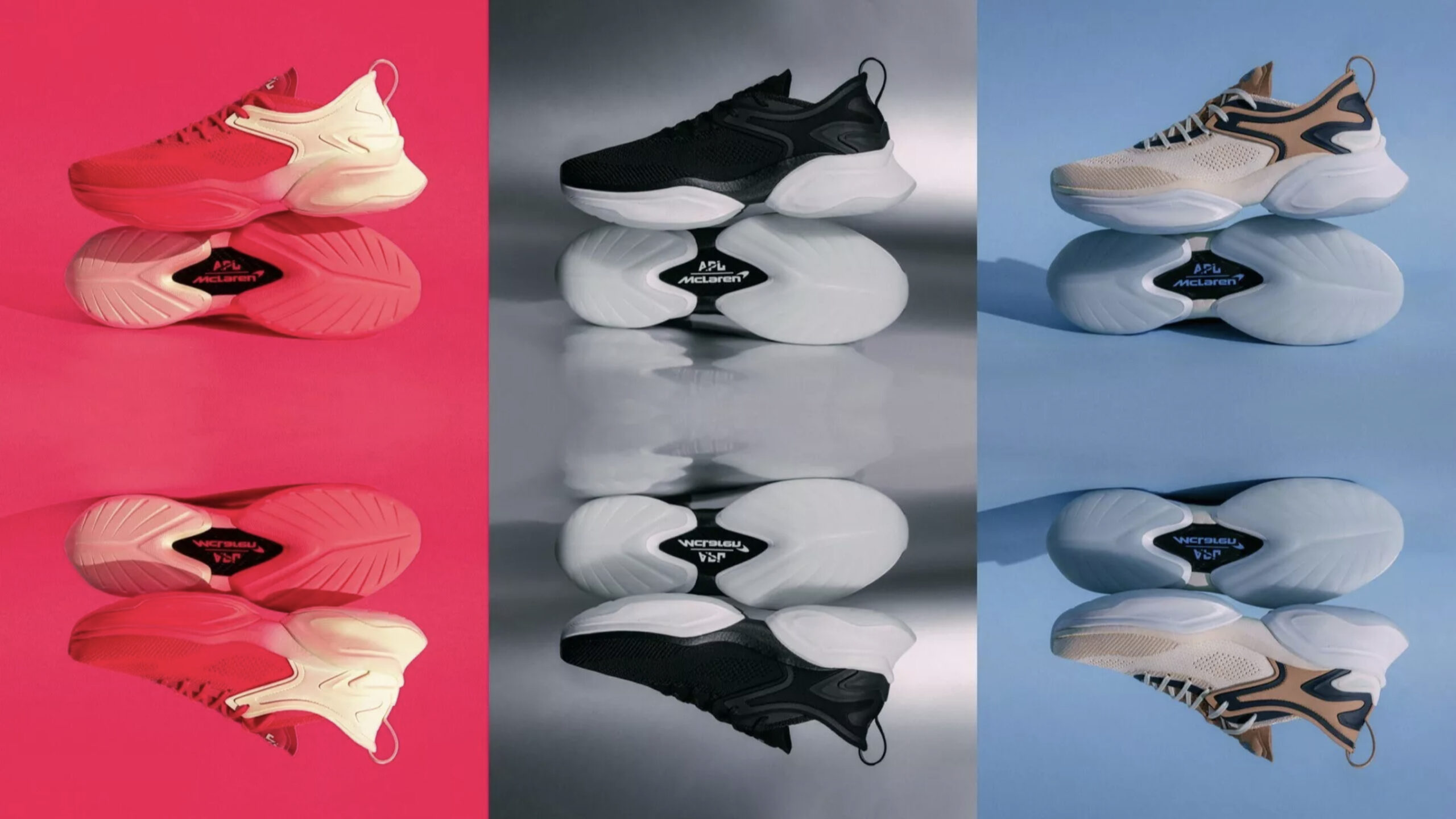 And last year, McLaren joined forces with luxury shoe brand Athletic Propulsion Labs with its first line of athletic footwear. McLaren and APL say they are reacting to the strong positive feedback their first collaboration garnered back in August, and are expanding the line. The new drop will add three color schemes to the APL McLaren HySpeed line.

Deepening our collaboration with McLaren Automotive with the launch of our three new colors in the HySpeed is very exciting because the new colors show how versatile and exciting the collaboration can be, specifically with a special colorway such as the Pristine/Magenta ombré fade. We were inspired by the ‘Wizards of Woking’, and as an homage, we at APL created and applied unique mixtures of texture and color to the HySpeed for the newest release.”
Adam Goldston and Ryan Goldston, APL Co-Founders

With close parallels in brand philosophy, the collaboration progressed in a natural direction guided by both McLaren and APL’s design pillars to create a truly special collection. This resulted in the development of a new range of footwear that further elevates the design, performance, technology, and construction in the luxury footwear category.

The 2023 APL McLaren HySpeed running shoes will come with a retail price of $450 (£545 / 619,95€), available on the luxury brand’s website or its Flagship Store Experience at the Grove in Los Angeles, California. Discover Opulent Club on Apple news.