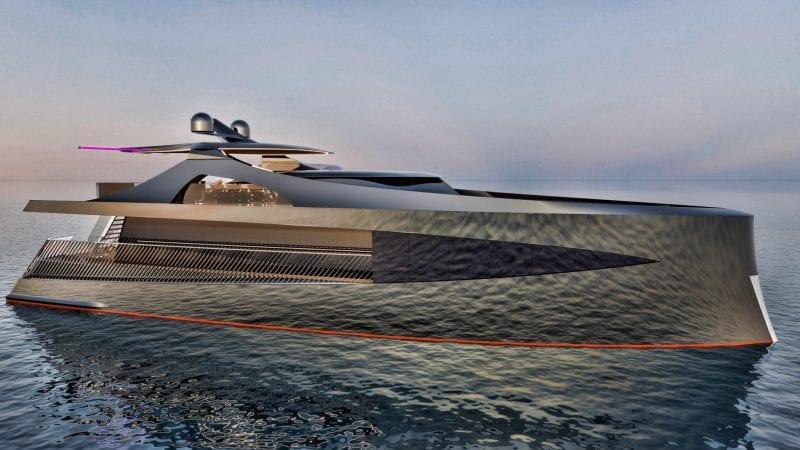 The Netherlands-based designer, Edvin Hadzidedic has revealed a new 30-metre superyacht concept: Project Arnela. Inspired by the striking lines and curves of fighter jet planes, this gorgeous 30-meter motor yacht concept shows off a cool exterior and many new features that could easily impress anyone. 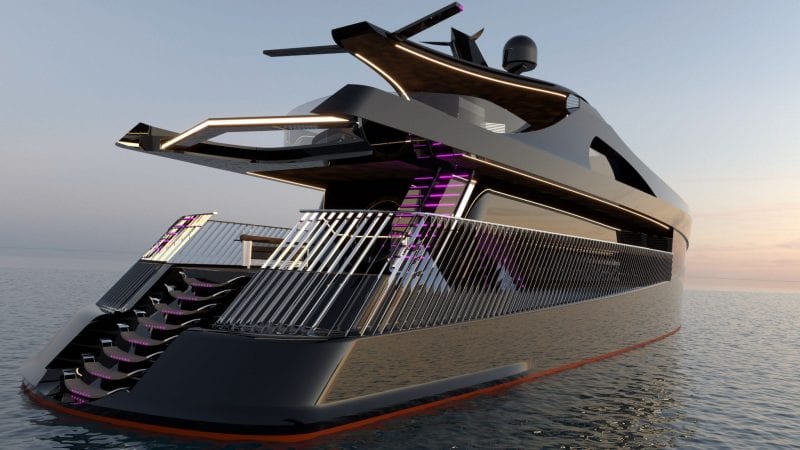 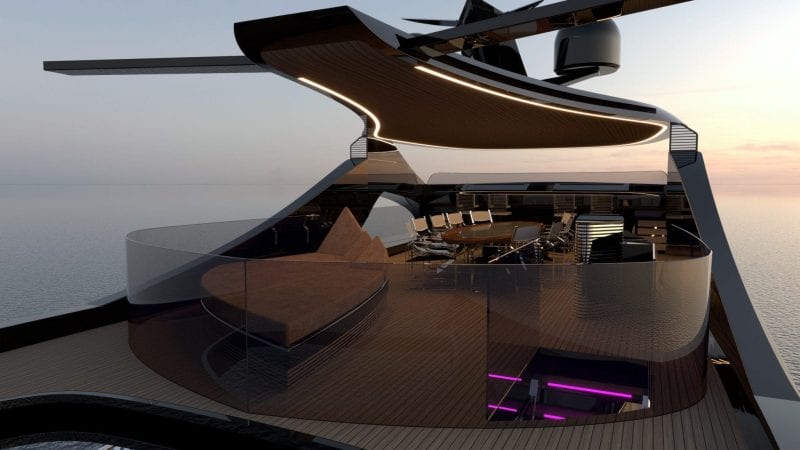 Not much has been revealed about the luxury yacht apart from the photos, though the main deck has bullet proof-double curved glass just in case the jet fighters decide to attack! 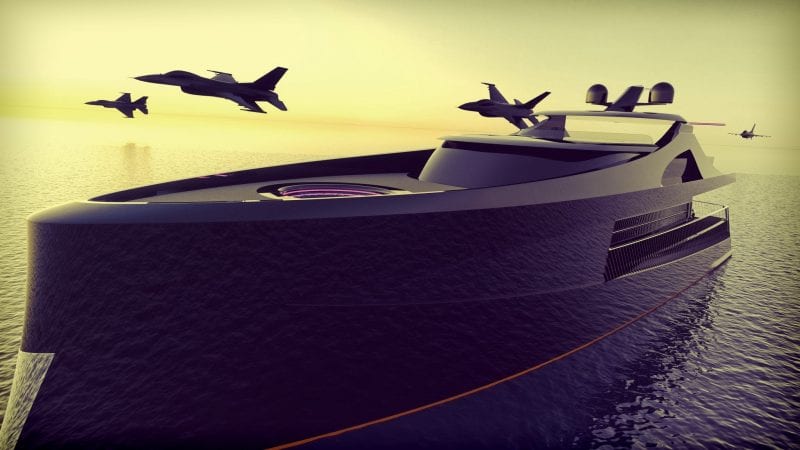 The sundeck is the biggest exterior area and is equipped with a dining table, bar, DJ table and sunbed area. During sunny days the main deck and the sundeck can be protected by retractable awnings. As an extra-cool feature, the cloth of the awnings can also optionally be removed to create a fighter jet appearance.