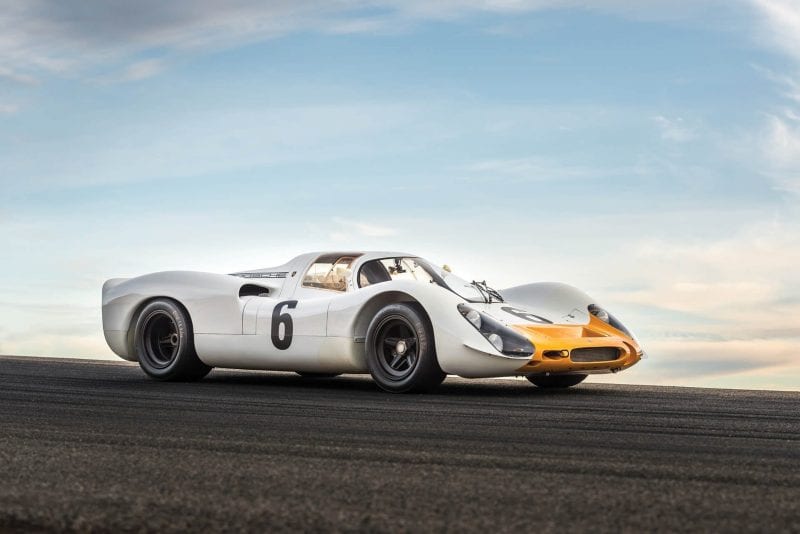 RM Sotheby’s will auction a 1968 Works Porsche 908 “Short-Tail” coupe at its Monterey sale on August 24 and 25. Estimated to fetch up to $2.8 million, thought to be one of only five remaining of the 31 originally built. 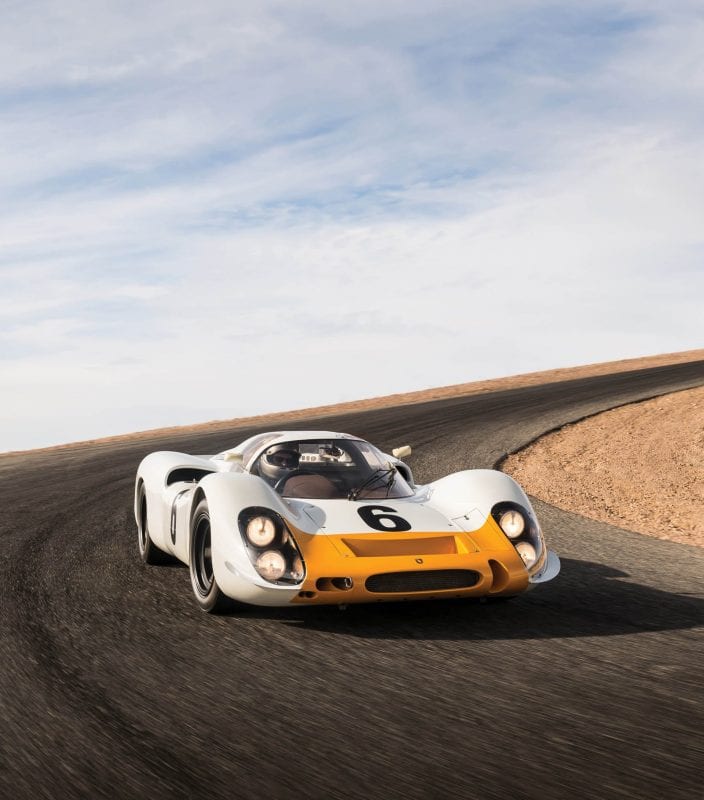 “Any Porsche 908 race car is quite rare, with only 31 ever built, but this one is especially so being a factory works car,” says David Swig, a specialist with RM Sotheby’s. “It’s a turnkey, ready-to-race 908. And not only can you run it at vintage events like Le Mans and Daytona, but it’s also already entered at Rennsport VI at Laguna Seca in September.”

This Porsche was driven by Vic Elford, who won the 24 Hours of Daytona in a Porsche 907 the previous year, the marque’s first-ever outright win in a 24-hour endurance race. Alongside was Jochen Neerpasch, winner of Daytona in a 907 in 1968. Elford led the race during his opening 32-lap stint before Neerpasch retired from the race with two laps to go, following a crash during wet conditions. The accident left Neerpasch with a concussion and the 908 with major damage.

The car’s life after that was a familiar one for old racers. First, the Porsche factory put it in storage, given the damage, before the body and chassis were eventually sold to a Swiss collector. In the late 1990s, Porsche racing expert Dale Miller took it to the United States where it was sold to Bill Ferren. He oversaw a complete restoration by noted prototype expert John Corsen, who prepared the car for the 2004 Rennsport Reunion at Daytona.

During the most recent 12 years of ownership, the 908 “Short-Tail” Coupe has participated in numerous appeared at many vintage racing events and concours, invariably scoring trophies and praise, and was featured in the Porsche By Design exhibition at the North Carolina Museum of Art in 2013.

The car retains its repaired original chassis, as well as a recently serviced factory 908 engine. With a value estimated at up to $2.8 million, this 908 is likely destined for another avid collector’s garage, where it will hopefully be prepped to resume its place on the track.