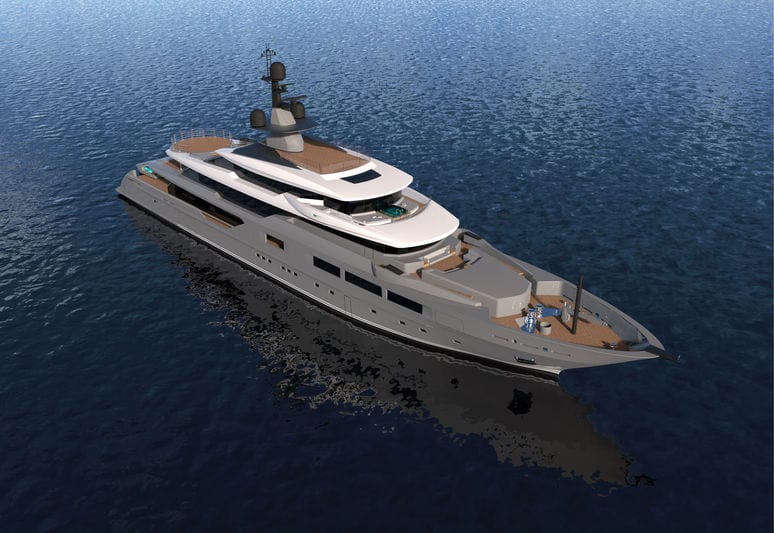 Tankoa Yachts has announced that its new-build 72 metre yacht S701, now named Solo. Hitting the water late July, we take a sneak peek into the latest superyacht project set to debut at the 2018 Monaco Yacht Show.

Solo’s key features such as the beach club, oversized glass-walled gym with a fold-out terrace, touch-and-go helideck aft, full-height windows for 180-degree views as well as a jacuzzi, sauna and hammam are being put in place. Accommodation on board S701 is for 12 guests split across six cabins, including an owner’s deck, a VIP suite, two doubles and two twin rooms. Meanwhile, the crew quarters allows for a staff of up to 18 people.

NB, the hairdressing/massage room and the owner’s study can also be converted into additional cabins as they are both equipped with a full bathroom. Styled inside and out by Francesco Paszkowski and with naval architecture by Studio Ruggiero, S701 follows on from the 69 metre Suerte, launched in 2015, and while the lines are reminiscent, Tankoa describes S701 as “different animal”.