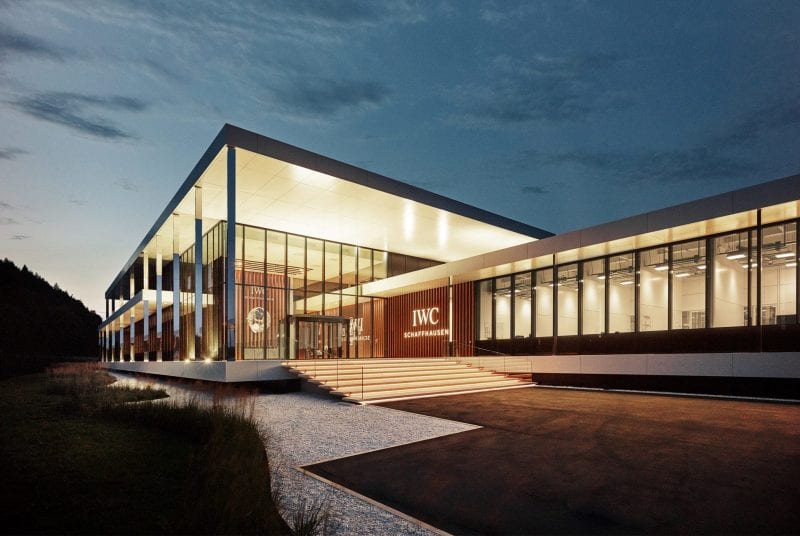 In honor of their 150th anniversary, International Watch Company (IWC) has opened, a 145,000 square feet manufacturing facility that brings together case making, movement part making and movement assembly together under one roof on the outskirts of Schaffhausen. The structure, which has a modern architectural design filled with natural light and a nearly 30-foot lobby, was purposely created in a way where the majority of production is uniquely situated in one story. Encompassing a production workshop where 1,500 components are produced, an electroplating shop where movement components are surface-finished, a movement assembly line, a case production department, and an engraving/machining department, the new facilities will house all production operations in a central location and optimize IWC’s watchmaking process.

Says Andreas Voll, COO of IWC Shauffhausen, “The entire process of creating value, from the raw materials to the individual movement component and on to the finished manufacture movement, progresses in a logical order on a single storey. The close proximity of the offices and the production facilities also facilitates communication and allows the different departments to coordinate more quickly. I have been dreaming of this ever since I started at IWC back in 2007.”

The CHF 42 million dollar building investment is relatively small considering the company is the biggest dedicated watch Maison of the multi-billion dollar Richemont Group based on an estimated annual sales revenue of $800 to $845 million.