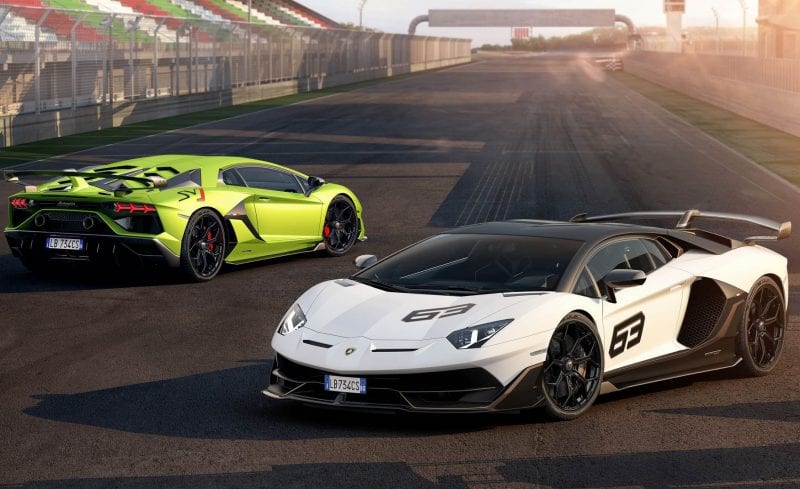 Automobili Lamborghini has unveiled the new Aventador SVJ. Lamborghini Aventador SVJ is the most powerful and aggressive version of the company’s flagship supercar. The car that bears the iconic Jota suffix, which was first used on the Miura, made its debut at the Pebble Beach Concours d’Elegance. The Aventador SVJ has claimed its position as the Nürburgring-Nordschleife production car record holder, completing the 20.6 km lap in just 6:44.97 minutes. Only 900 of the cars will be made at a price of $518,000 each, plus 63 copies of the Aventador SVJ 63.

The SVJ stand for Super Veloce Jota, employs the same tricks we appreciated on the Performante, with a bump in horsepower to 770 hp. The result, beyond that incredible lap time, is 0-62 mph acceleration of 2.8 seconds and a top speed of more than 218 mph. Super Veloce means “super fast” in Italian. Jota was a name first given to a one-of-a-kind extreme performance version of the classic Lamborghini Miura back in 1970. It’s Spanish for the letter J and, in this case, it refers to Appendix J of the FIA racing handbook, which laid out regulations for sports cars and grand touring cars.

“The Aventador SVJ is an innovative car and represents the absolute pinnacle of our super sports car product range,” said Automobili Lamborghini Chairman and Chief Executive Officer, Stefano Domenicali. “The challenge to Lamborghini designers and engineers was to improve the purest essence of the Lamborghini super sports car, drawing on every inspiration from a space ship to a jet fighter.

The first customers will take delivery of the Lamborghini Aventador SVJ at the beginning of 2019.