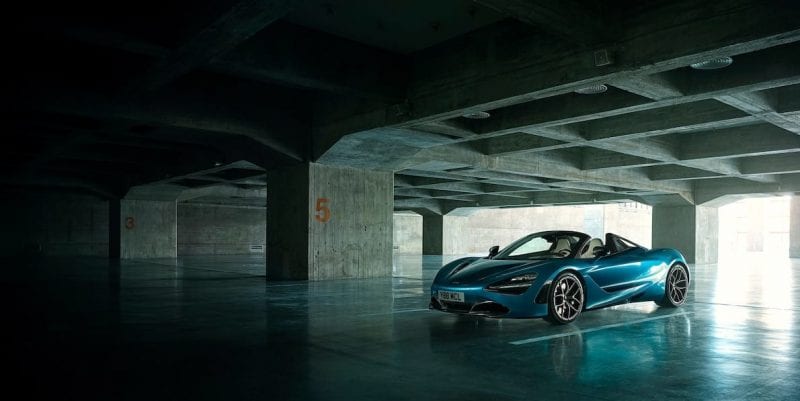 McLaren has introduced the 2019 720S Spider, a drop-top version of the 720S complete with a fancy carbon fiber roof and flying buttresses with a built-in window. Going topless is as simple as pressing a button and waiting for 11 seconds.

McLaren has figured out a way to limit the weight penalty commanded by the more complex roof to only 108 pounds. In other words, the 720S Spider has a dry weight of only 2,937 lbs and that makes it 194 lbs lighter. McLaren claims this new version can going from 0-62 mph in 2.9 seconds, which is the same amount of time it cites for the coupe. If that isn’t enough ludicrousness, the Spider has a maximum speed of 212 mph with the top up and 202 mph with its top down. The Spider features a new 10-spoke wheel design and rolls on Pirelli P Zero rubber. It also offers two new color options—Belize Blue and Aztec Gold—to go along with the 23 other available hues.

In the interior you’ll find the same minimalist cabin design introduced by the 720S coupe. McLaren installed an eight-inch touchscreen for the infotainment system. McLaren is already accepting orders for the 720S Spider and is asking $315,000 in the U.S. Deliveries are programmed to start in March 2019.  Discover Opulent Club on Apple News.