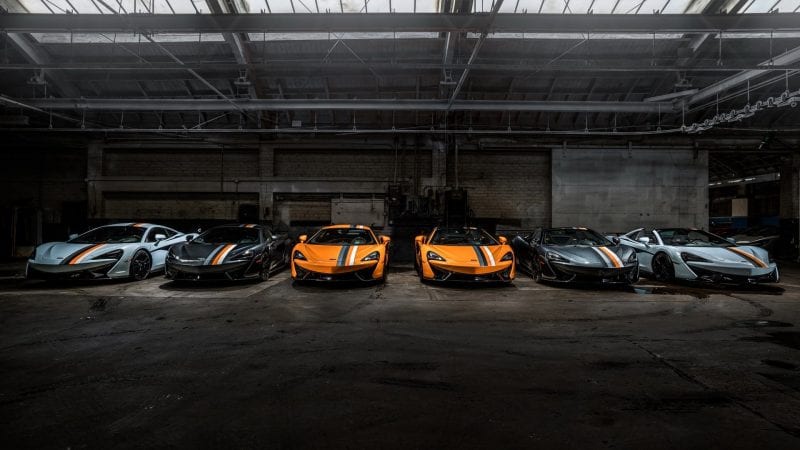 McLaren Beverly Hills has commissioned a special collection of 570S models, both in Coupe and Spider configuration, to commemorate McLaren’s racing history. It’s a set of six bespoke 570s (three 570Ss, and three 570GTs) through McLaren’s Special Operations division, each with a unique livery, exclusive trim, and a fixed rear wing.

Features three distinct themes: Muriwai, which celebrates Bruce McLaren’s early racing exploits in New Zealand; Papaya Spark, which commemorates victories in orange throughout the 1960s and 70s and its continued use on modern Formula One cars; and, Sarthe Grey, inspired by McLaren’s dominant Le Mans victory in 1995, the only time a manufacturer has won Le Mans on its debut.

Each of the six cars wears a numbered plate with the text “1 of 6 – Racing Through the Ages”, and the interiors right down to ignition keys are matched to the respective theme. “It’s exciting for us at MSO any time we are able to merge McLaren’s racing heritage with current McLaren Automotive road cars,” said Ansar Ali, the Managing Director of McLaren Special Operations. “Working alongside our retailers such as McLaren Beverly Hills to create these distinctive, limited editions of special cars for McLaren customers is an increasingly important part of our business as the demand for bespoke commissions becomes more popular.”    Discover Opulent Club on Apple News.