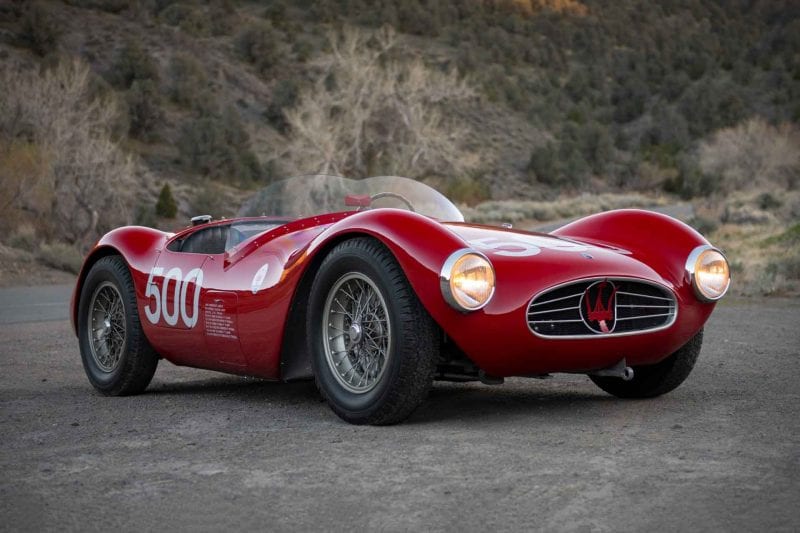 RM Sotheby’s, gearing up for its signature collector car auction of the year during Monterey Car Week in August,  this 1954 Maserati A6GCS is fully restored and will go under the hammer.

The 1954 A6GCS was the factory team car for the early days of Maserati’s racing division and competed in rallies and events like the Mille Miglia, where it finished third overall. The vehicle has raced on a number of tracks in the states and in Europe, even spending time in South America and Italy. Back in 2013, the car underwent an extensive restoration, competing in the following year’s Pebble Beach Concours d’Elegance.

Delivering breath-taking acceleration combined with feather light handling, this Maserati A6GCS epitomises the dream that momentous performance and exceptional grace can race as one. Only 54 were made, and with this car’s place in Maserati’s racing history, it will command a premium when it crosses the auction block in Monterey this August.   Discover Opulent Club on Apple News.