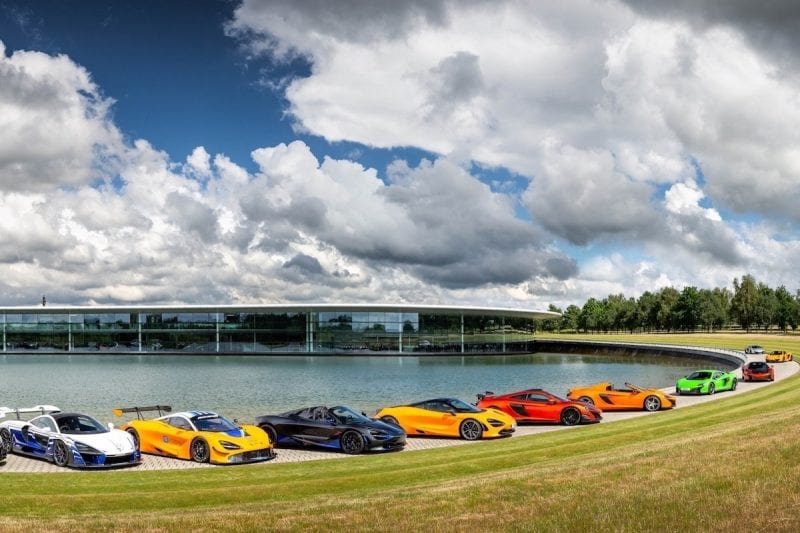 McLaren has “reunited” an insane lineup of their cars for the first time, including models such as the iconic P1TM GTR and the original McLaren 12C, all appeared at the McLaren Technology Centre in a special McLaren Automotive employee friends and family open day.

A total of 23 cars, each of which is special in their own way. Altogether, this lineup is estimated to be worth around £50 million, or around $63 million USD.

Seeing our famous line-up of cars assembled here for the first time today is a reminder to everyone of how far we’ve come as a company in such a short space of time and the ambition and innovation of our people who have helped create that success. It’s thanks to them, with the support of their friends and families, that we have been able to achieve so much, so quickly and launch so many amazing cars, over 90 per cent of which are exported around the world. Our ambition as a company remains stronger than ever and we look forward to adding more amazing drivers’ cars to our range very soon. – Mike Flewitt, Chief Executive Officer, McLaren Automotive.