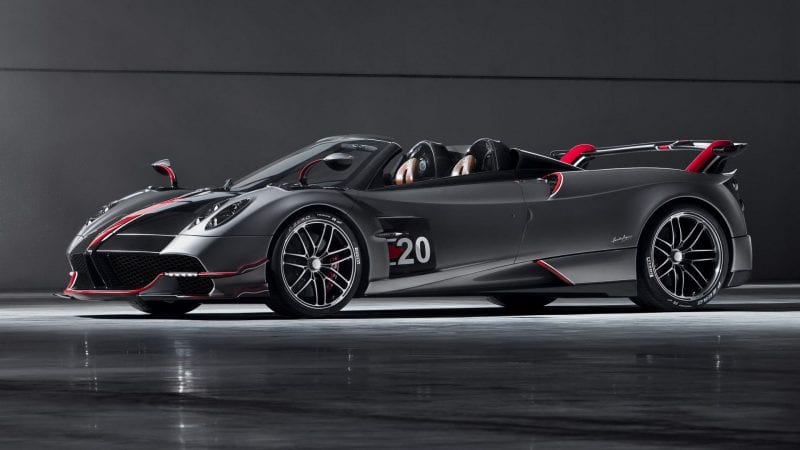 Pagani Automobili has unveiled its newest hypercar, the Huayra Roadster BC, with only 40 being made. The open-air Huayra packs a twin-turbo Mercedes-AMG V12 making 791 horsepower and weighs in at just over 2,700 pounds specs that beat its coupe sibling.

Like the Huayra BC, the Roadster BC employs a 7-speed Xtrac sequential gearbox with a single clutch. Pagani claims the single-clutch setup is 35 percent lighter than a dual-clutch transmission. The bodywork is almost completely new, featuring an aggressive aero agenda. The exhaust system is also brand new and comes with six pipes, two of which exit from within the diffuser.

The Alcantara-and-carbon fiber-clad interior, however, is surprisingly muted. That carved wooden shifter is a nice cockpit upgrade, though.

Expect the Pagani Huayra Roadster BC at its first public showing in Monterey Car Week next month, with a jaw-dropping price tag of $3.5 million.  Discover Opulent Club on Apple News.