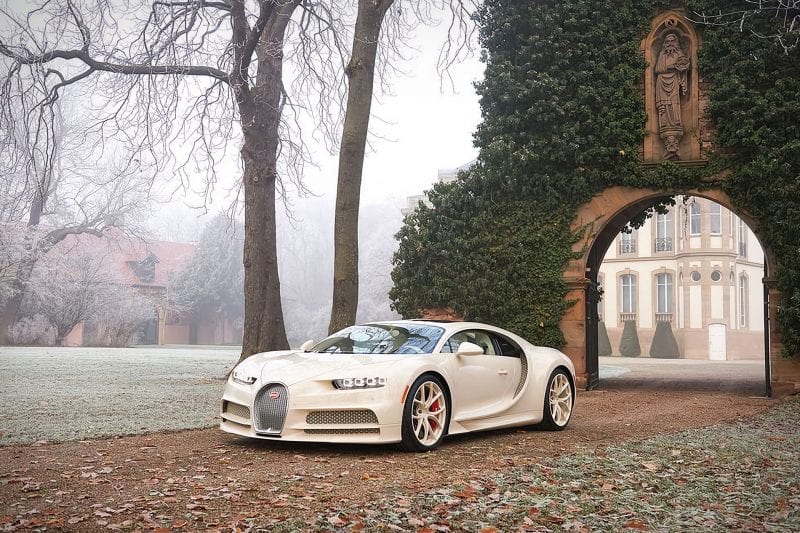 California real estate mogul Manny Khosbin is a fan of collecting one-off vehicles, and the world’s first Bugatti x Hermès Chiron is his latest addition.   Taking three years to complete, Khosbin’s Chiron is presented in Hermès Craie, covering every surface inside and out.

In addition, the French hypercar includes a distinctive grille with a bespoke Hermès H monogram pattern. The underside of the rear wing also incorporates a Hermès Courbettes horse pattern and the entire rear bumper has been painted to match the rest of the car’s exterior finish. The interior, also features the Hermès Courbettes Graphic with a series of rearing horses in wool and cashmere sheet. Originally offered on Hermès famous foulards and home fabrics, for the first time it is applied in a super sports car.

The car will be displayed to the public along with Khosbin’s other exotics on January 4, 2020. Opulent Club on Apple News.