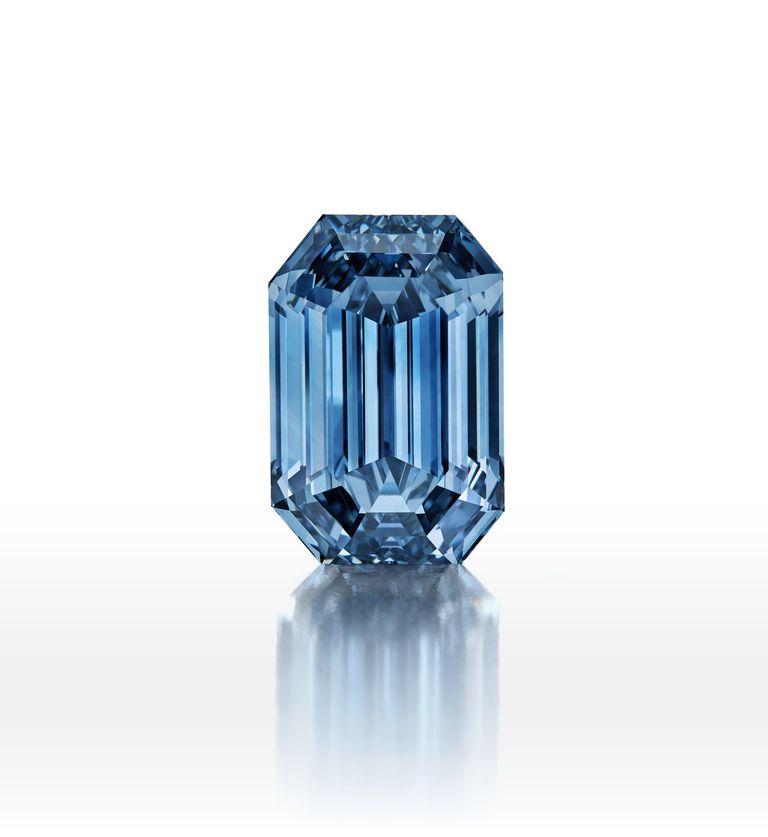 Sotheby’s will auction a stone described as “the largest vivid blue diamond ever to appear at auction” on April 27 in Hong Kong. Known as the De Beers Cullinan Blue, Sotheby’s estimates that it could bring $48 million.

The 15.1 carat step-cut blue was cut from a rough stone discovered in April 2021. It is “the largest internally flawless step cut vivid blue diamond that the Gemological Institute of America (GIA) has ever graded,” according to a press statement.  The highest possible grade for colored diamonds, which has been awarded to no more than 1% of blue diamonds. These stones get their blue hue from trace amounts of boron within the diamond crystal lattice.

Only five blue diamonds over 10 carats have ever come to auction, Sotheby’s notes. Until now, none has exceeded 15 carats.

“Blue diamonds of any kind are rare on the market, but this is the rarest of the rare; nothing of remotely similar calibre has appeared at auction in recent years,” says Patti Wong, chairwoman of Sotheby’s Asia. “Hundreds of millions of years in the making, this extraordinary blue diamond is surely one of nature’s finest creations.”

Given the global interest in a treasure of this nature, Sotheby’s will showcase the Cullinan Blue worldwide. On view today in Sotheby’s galleries in New York, it will then travel to cities including London, Dubai, Singapore, Shanghai, Beijing, Shenzhen, and Taipei.  Discover Opulent Club on Apple News.