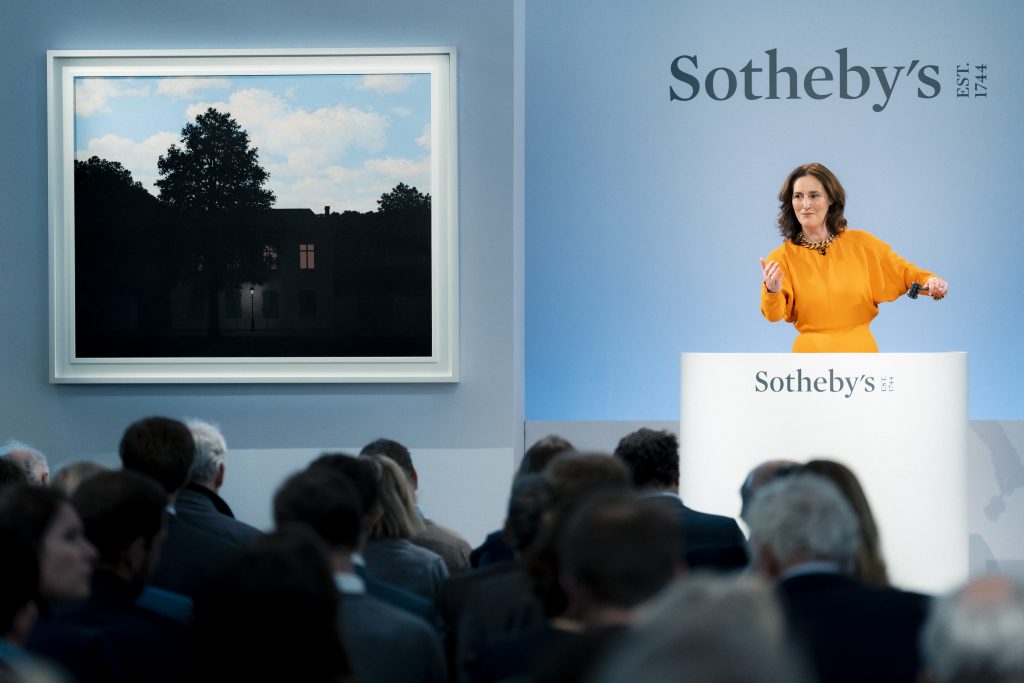 Magritte Painting Sold for a Record-Breaking $79.8 Million at Sotheby’s

The New Limited-Edition Champagne Carbon ƎB.03 for The Bugatti Bolide

One of René Magritte’s famed “ L’empire des lumières” canvases sold for £59.4 million ($79.8 million) at Sotheby’s on Wednesday, setting a new auction record for the Belgian Surrealist. That price is more than triple his previous record of $26.8 million, paid for the artist’s Le Principe du Plaisir (1937) at Sotheby’s in 2018.

Before putting down the gavel, Sotheby’s auctioneer Helena Newman urged bidders on in the last few minutes of the nearly-10-minute-long battle, saying, “It’s not a masterpiece to let go.”

The painting, “L’empire des lumières,” which juxtaposes a nocturnal lamplit street with a serene daylit sky, is one of the most celebrated and enigmatic images in 20th-century art. Magritte painted no fewer than 17 canvases of the day-and-night subject starting in 1948.

Mr. Magritte created the painting in 1961 for his muse Anne-Marie Gillion Crowet, the daughter of Belgian Surrealist art collector and patron Pierre Crowet. It has stayed in the family’s possession and appeared in exhibitions around the world, including most recently in a decadelong stay at the Musée Magritte in Brussels.  Discover Opulent Club on Apple News.