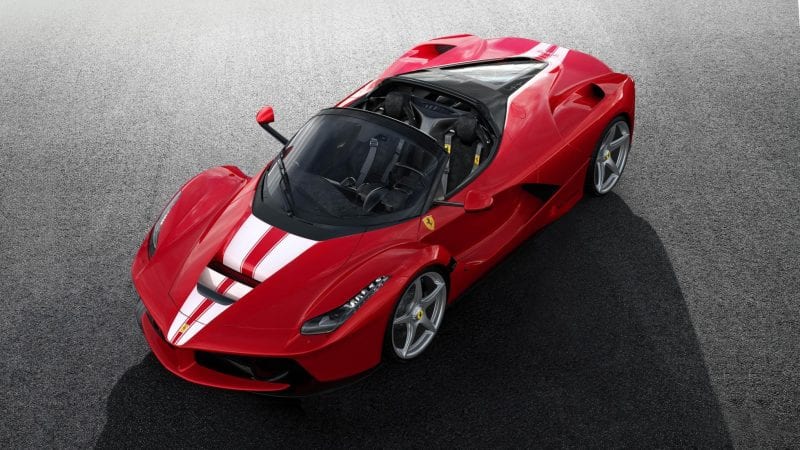 Ferrari will auction off a ‘one-of-a-kind’ LaFerrari Aperta. It is to commemorate Ferrari’s 70th anniversary, with proceeds of the sale going to Save the Children. It’s an organization that reaches 157 million children in 120 countries. Their mission, according to the organization, is to “give children a healthy start in life, the opportunity to learn, and protection from harm.” The auction will be held on Saturday, September 9th during the “Leggenda e Passione” sale organized with RM Sotheby’s. 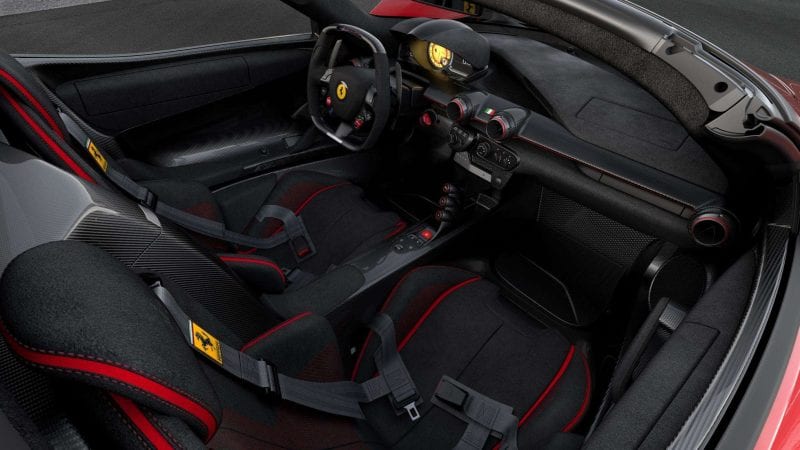 This particular car the last one, the LaFerrari Aperta is the limited-edition special series model launched to commemorate the 70th anniversary of the foundation of the company. As the original production run was snapped up at a preview evening last year features a one-off livery in metallic Rosso Fuoco, with the all-important double racing stripe on the bonnet and rear, here in a metallic white, ‘Bianco Italia’. 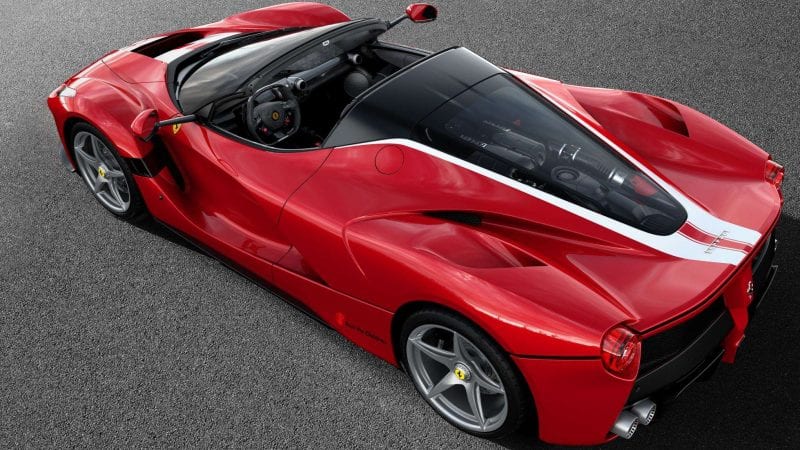 The interiors have been conceived in black Alcantara and shiny black carbon fiber with red leather inserts on the seats and red stitching. You also get a powertrain identical to the LaFerrari Coupe a 6.3-litre naturally-aspirated V12 matched up to a seven-speed gearbox and electric motor, powering the rear wheels, that’s 950bhp at your disposal. 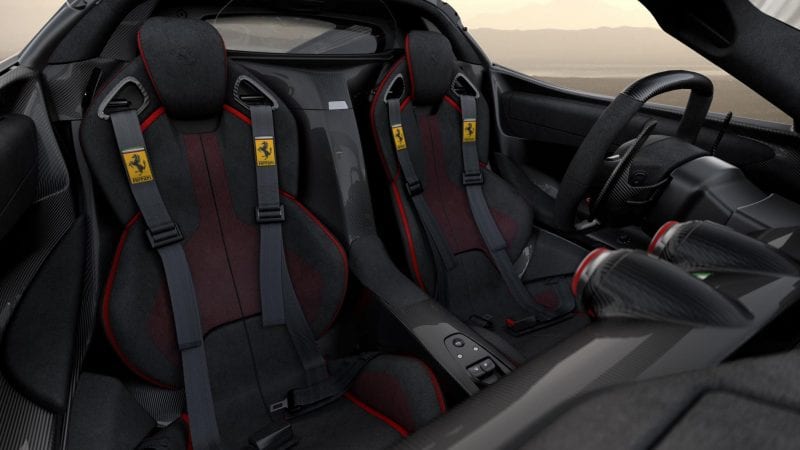 The event is by invitation only, and is part of a three day program of festivities in Maranello.