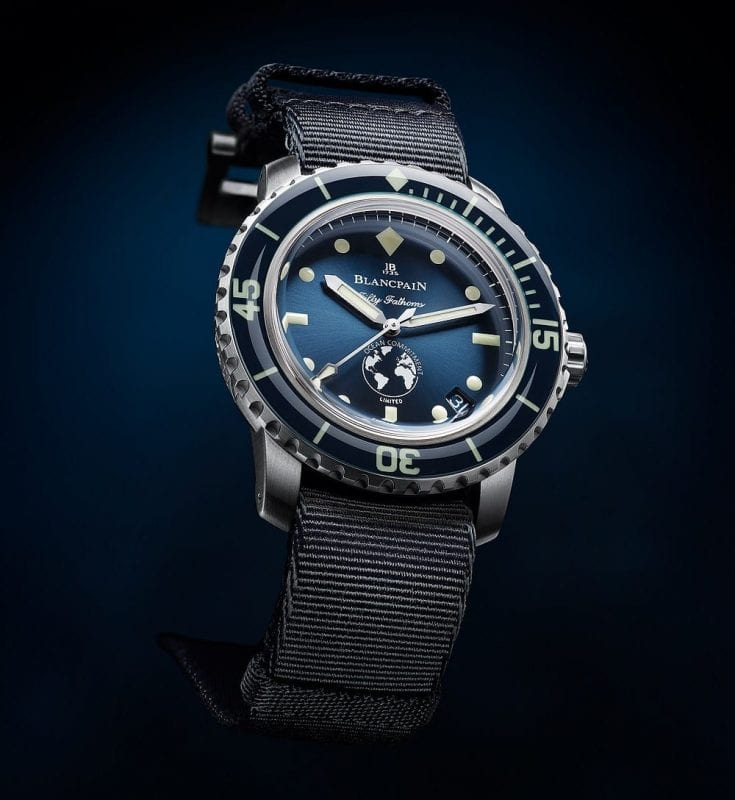 Blancpain presented the third series of Blancpain Ocean Commitment (BOC) limited edition diving watches. The watch is a special edition, with a portion of the proceeds going to support the preservation of the world’s oceans, something that’s clearly a major issue. 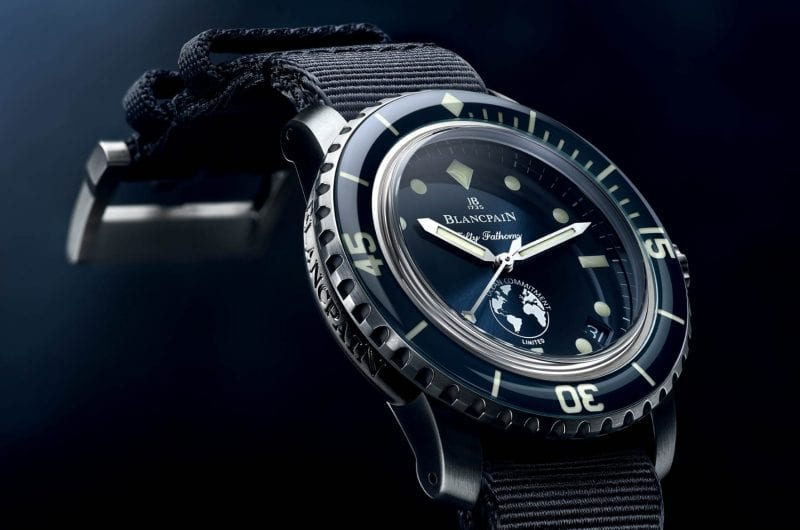 Since the launch of the Fifty Fathoms the first modern diving watch in 1953, Blancpain has maintained a strong commitment to exploring and preserving the world’s oceans. It’s worth noting that while the first two editions featured flyback chronographs, this is more of a true diver, as it should be. The case, which’s in stainless steel, is also smaller at 40.30 mm x 13.23 mm, which are the same dimensions as the Mil-Spec Tribute watch Blancpain introduced last year.

The deep blue, unidirectional rotating bezel is topped by a scratch-resistant sapphire ring and features large indexes in Super-LumiNova, as are the dial’s markings and hands, for optimal readability in underwater conditions. Bearing the BOC logo at 6 o’clock, the dial colour matches that of the bezel. The deep blue colour is also used for the sail-canvas strap and the additional NATO strap.

The movement, caliber 1151 is also the same, featuring 210 components including 28 jewels, a silicon balance spring, and two series-coupled mainspring barrels good for four days of power reserve (96-hours). The movement measures 27.40 mm x 3.25 mm. The rotor of the automatic Caliber 1151 is made of gold and coated with a platinum-based NAC finish. The movement is visible through the transparent sapphire case-back, allowing the owner to appreciate the fine Côtes de Genève decoration, as well as of the gold winding rotor specially engraved with the inscription “Ocean Commitment” and featuring a NAC finish (an alloy notably composed of platinum). 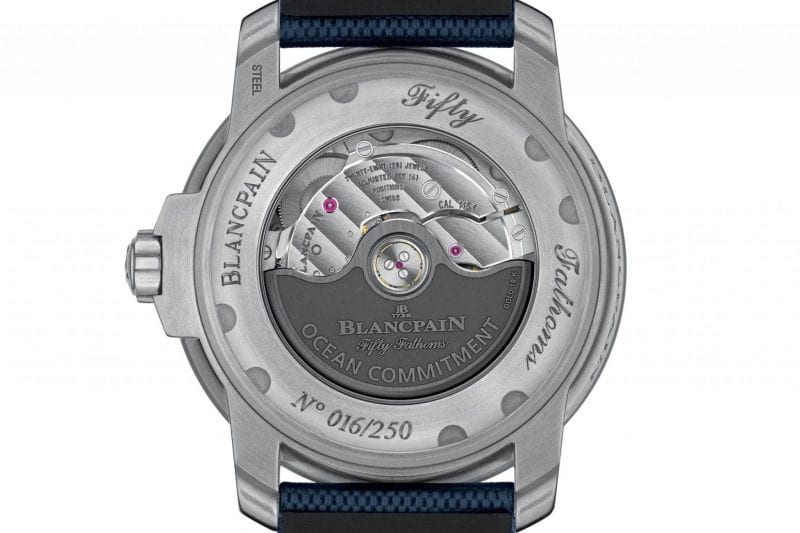 Limited to 250 pieces worldwide, each individually numbered, the Blancpain Fifty Fathoms Ocean Commitment III (ref. 5008-11B40-52A) has a price of Euro 16,240 ($17,100). The brand has committed to donate 1,000 Euro for the sale of each watch, implying a total of 250,000 Euro added to Blancpain’s much larger support to help fund causes that protect the world’s oceans.