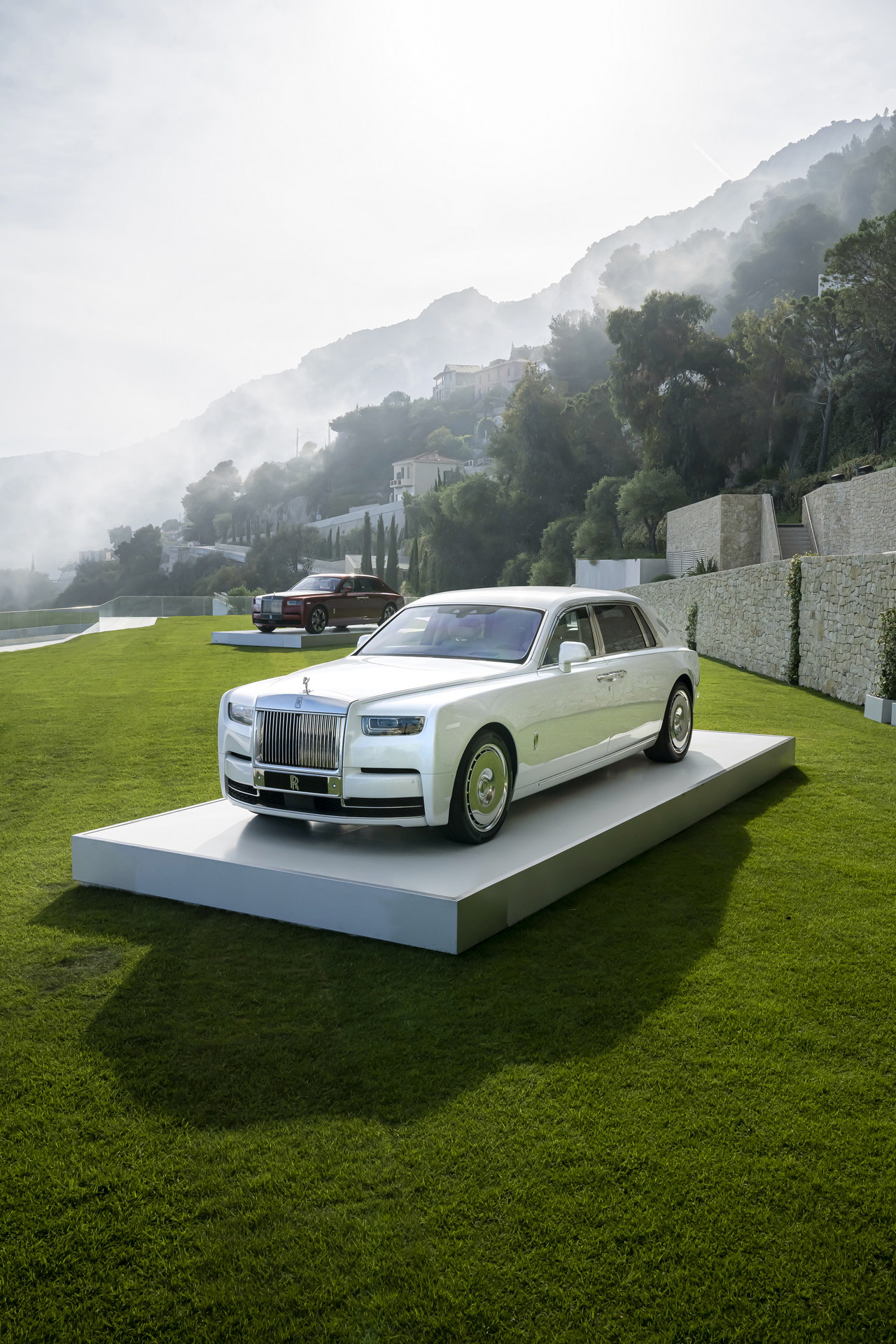 The new Rolls-Royce Phantom Series II has been showcased to journalists from the world’s leading luxury media at a spectacular event on the magnificent French Riviera. Starting today, Phantom Rendezvous will set off as a global press drive for guests to experience time in the new Phantom throughout the Mediterranean coast.

The event takes place at the Maybourne Riviera Hotel in Roquebrune-Cap-Martin, which stunningly presents the Rolls-Royce chassis, overlooking breathtaking views of Monaco.

Named after the silver-white finish of the coveted precious metal, platinum, Phantom Platino reflects the marque’s formative days with front seats finished in fine Rolls-Royce leather, and those in the rear wrapped in luxurious fabric.  Design changes in the Phantom Series II are limited to the slightly tweaked Pantheon Grille, which is now illuminated, and the laser-cut bezel starlights on the headlights. The ‘RR’ Badge of Honour and Spirit of Ecstasy figurine more prominent when seen from the front.

Rolls-Royce Phantom Series II includes only light-touch visual and aesthetic enhancements. A subtle geometric change to the Pantheon Grille makesRR’ Badge of Honour and Spirit of Ecstasy figurine more prominent when seen from the front.  All Phantom variants are fitted with the same twin-turbo 6.75-liter V12 that produces 563 hp (420 kW / 571 PS) and 900 Nm (664 lb-ft) of torque.

Besides the Phantom Series II, the guests were also able to view the Phantom Platino and The Great British Phantom. The Great British Phantom is finished in striking Magma Red and features a Bespoke artwork in the Gallery, inspired by the Union Flag. The French Riviera has been associated with Rolls-Royce since the first part of the 20th Century when the Côte d’Azur established itself as the favored spot of actors, artists, musicians and other wealthy luminaries of the Belle Epoque.  Discover Opulent Club on Apple news.