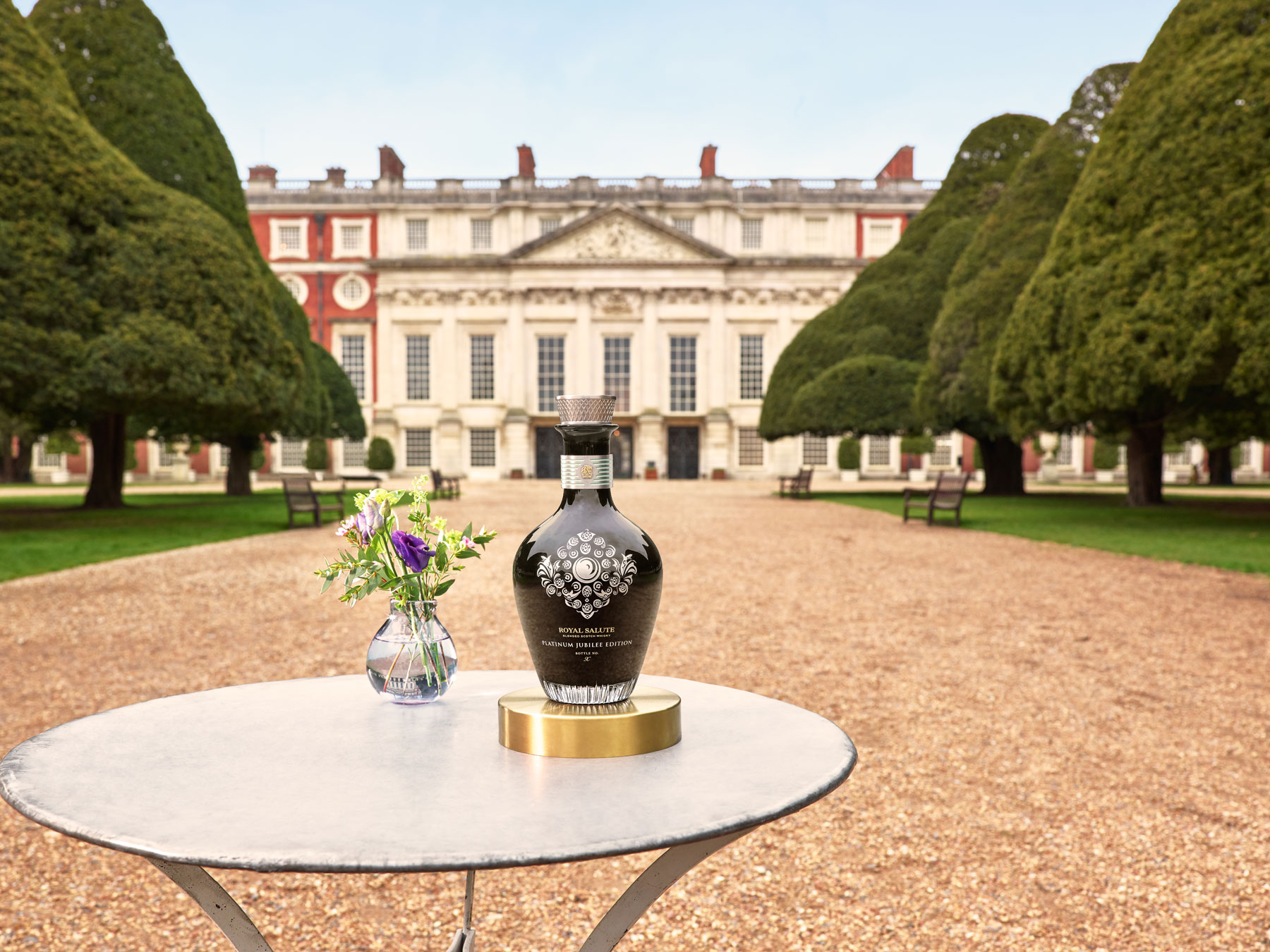 The New Limited-Edition Champagne Carbon ƎB.03 for The Bugatti Bolide

Pernod Ricard-owned Scotch whisky brand Royal Salute last night unveiled an ultra-prestige limited-edition is a tribute to the Queen and Royal Salute’s regal heritage, which has a historical link to the British monarchy, with the first flagons of Royal Salute created in 1953 as a gift to Queen Elizabeth II on her Coronation Day. The collection of only 147 individually-numbered decanters priced at US$20,000 (around £16,000) each.

The expression is a blend finished for over two years in Tawny Port casks – a wine served during a Coronation Banquet in 1953, and includes some exceptionally high-aged whiskies from no fewer than seven silent stills, each now lost to time. The unique expression has red apple notes of the Inverleven Distillery, the blackcurrant of Lochside and rich toffee of Caperdonich. The result is a balanced whisky with a distinctive flavour profile that has developed over decades and was perfected by Royal Salute Master Blender Sandy Hyslop.

Each of the individually numbered 147 collectable decanters has been crafted from hand-blown Dartington crystal. The box has seven embossed lines representing the seven decades of Her Majesty’s reign.  Discover Opulent Club on Apple news.