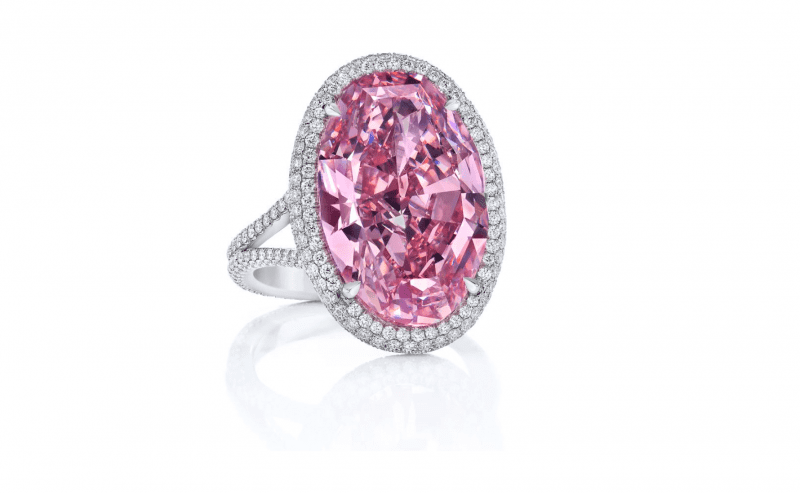 A 14.93-carat Fancy Vivid pink diamond has sold for a whopping $31,861,000 pproximately $2.13 million per carat at Christie’s Magnificent Jewels Hong Kong. The diamond, described by Christie’s as the “Picasso of the Pink Diamond world” 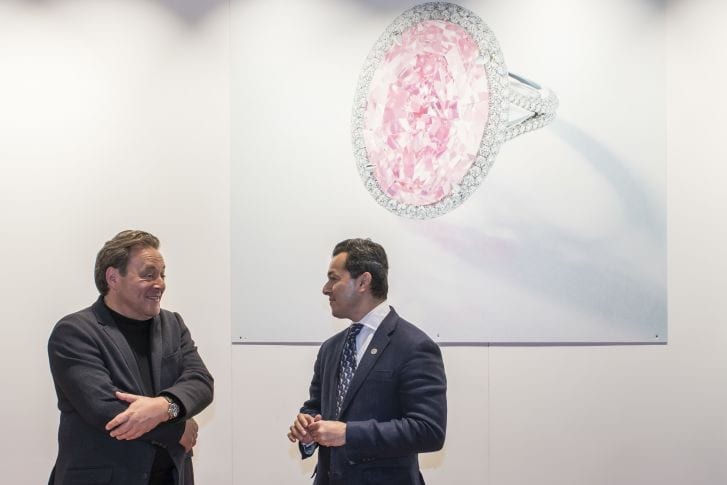 “The Pink Promise Diamond” is a pink oval mixed cut stone that had delighted collectors and jewelry lovers as it toured New York, Geneva and Hong Kong prior to the auction. Its Fancy Vivid Pink designation by the Gemological Institute of America (GIA) represents the rarest and most prized color grade in pink diamonds. The seller Silicon Valley-based diamantaire Stephen Silver had originally purchased the diamond as a 16.10 carat Fancy Intense pink diamond in June of 2013.

However, Silver believed that the stone could achieve a higher color rating if it were cut differently to allow more light through it. He undertook the risky mission of cutting the stone away facet by facet, trimming away the carats. Silver turned to a master gem-cutter and together they spent several years planning how to cut the rare Type IIa pink diamond.

Ultimately the risk paid off with the re-cut stone securing a Fancy Vivid pink color grading and VVS1 clarity.

The world record price paid per carat is $4.03 million for the Blue Moon of Josephine, a 12.03-carat, cushion-shaped fancy vivid blue diamond that Hong Kong tycoon Joseph Lau bought in a 2015 Sotheby’s auction, according to the Guinness World Records. Lau named the $48.5 million diamond after his daughter.