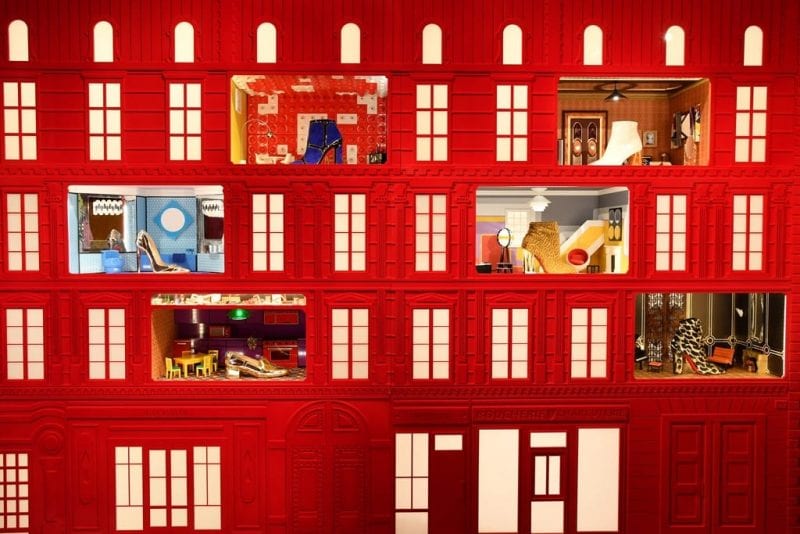 Christian Louboutin took a creative approach to presenting his Fall 2018 collection at Paris Fashion Week. To awe us with a new spin, the French shoemaker has turned a miniature space at his Paris showroom into a full-blown dollhouse. The stylish Louboutin dollhouse has a 1960s and 70s theme with a mix of mod and psychedelic styles and those classic 70s “earth” tones. 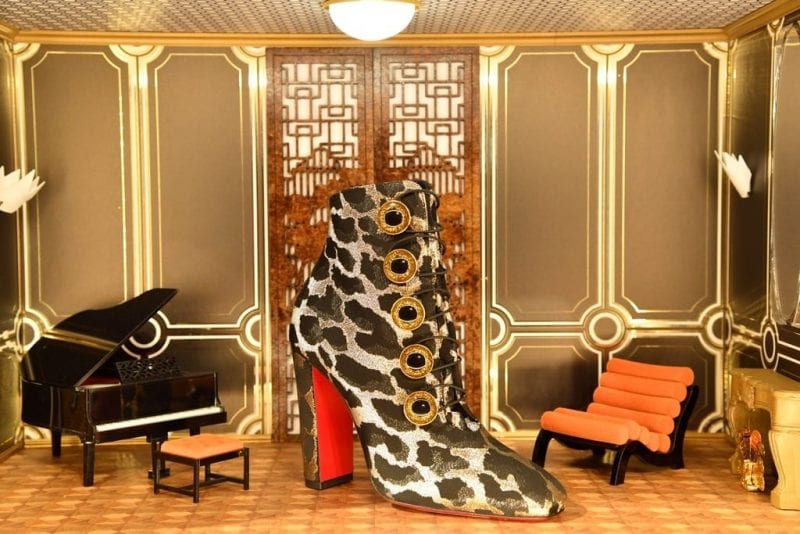 Paying tribute to the landmarks on Rue Jean-Jacques Rousseau, the unique crafts house with its meticulously done rooms does complete justice to the classy shoes that it holds within. A large part of this season’s standout shoes were inspired by 1960s and ’70s interiors, and featured some rich, opulent materials that aren’t traditionally seen in shoes.

The “Loubi in the Sky” series was a clever 1970s take on that era’s obsession with the future — with space-inspired stilettos as the centerpiece.

Meanwhile, another series called “Loubi in Progress” explored the concept that one man’s trash is another one’s treasure. Measuring tape, paper and other raw materials found in the atelier adorned several styles. Although, the dollhouse or the collection is not on sale yet, you can always check out both at the Christian Louboutin Paris store.