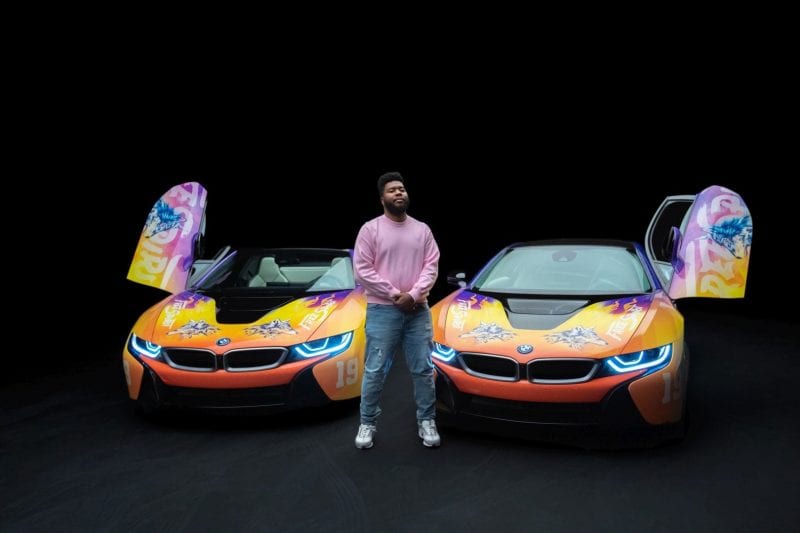 This year BMW joined forces with the Coachella Music Festival once again to keep the #roadtocoachella for one more year.  This year’s campaign will feature global superstar, Khalid, who joins previous BMW i #RoadtoCoachella headliners, renowned composer and music producer Hans Zimmer (“Inception”, “Pearl Harbor,” and “The Dark Knight”) and Portugal. The Man lead singer John Gourley as creative partners.

Today, BMW unveiled the designs for the BMW i8 + BMW i3 models that will be included in the Coachella fleet. The Custom art wrapped models pays homage to the annual music and arts festival held at the Empire PoloClub in Indio, California.   They feature flames and an image of a wolf, cues that were inspired by the album cover of “Free Spirit” by superstar Khalid. American singer is among the headliners at the upcoming festival.

“I love road-tripping, hopping in my car and driving back home to El Paso is 12 hours each way from LA. To me, BMW, especially BMW i8, is the embodiment of freedom on the road. I really feel like a free spirit when I’m driving and listening to music. I love making music that you can crank up and drive to with the windows down”, says Khalid.

Coachella will be taking place at the Empire Polo Club in Indio, California from April 12 to 21 April 2019. Almost 200 acts will thrill thousands of international visitors over the two weekends.