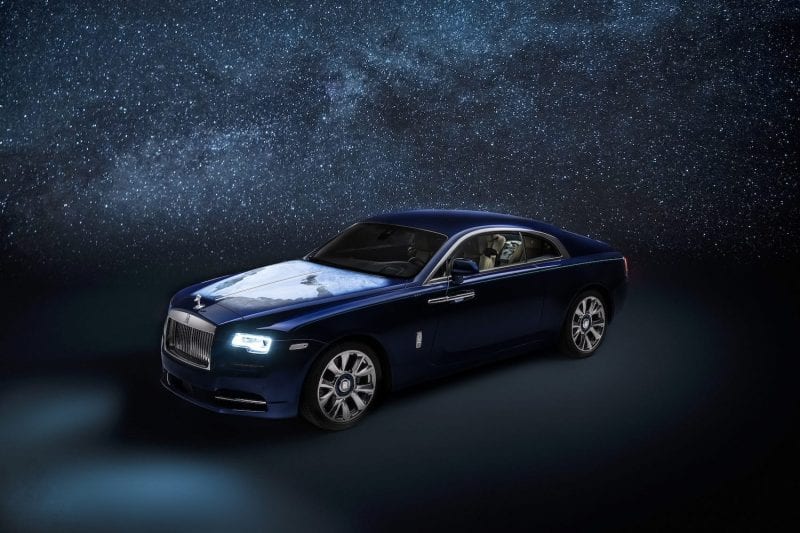 Rolls-Royce Abu Dhabi has unveiled the Wraith – Inspired by Earth, and it features a bespoke air-brushed artwork depicting the Middle East as seen from space. Rolls said this client, who commissioned the bespoke Wraith at Rolls-Royce Abu Dhabi, wanted it to take cues “from the entire Solar System”.

The exterior is finished in Royal Blue, representing the 75% of the Earth’s surface that is covered by water. With the hand-painted coachline featuring the Sun as well as the Planets (Mercury, Venus, Earth, Mars, Jupiter, Saturn, Uranus and Neptune). The most striking feature, however, is the hood artwork, which depicts a satellite’s-eye view of the Middle Eastern region. Centred on the United Arab Emirates, the panorama extends across the Red Sea, the Arabian Sea and the Gulf of Oman, all meticulously air-brushed by hand in a process that took over 100 hours to complete.