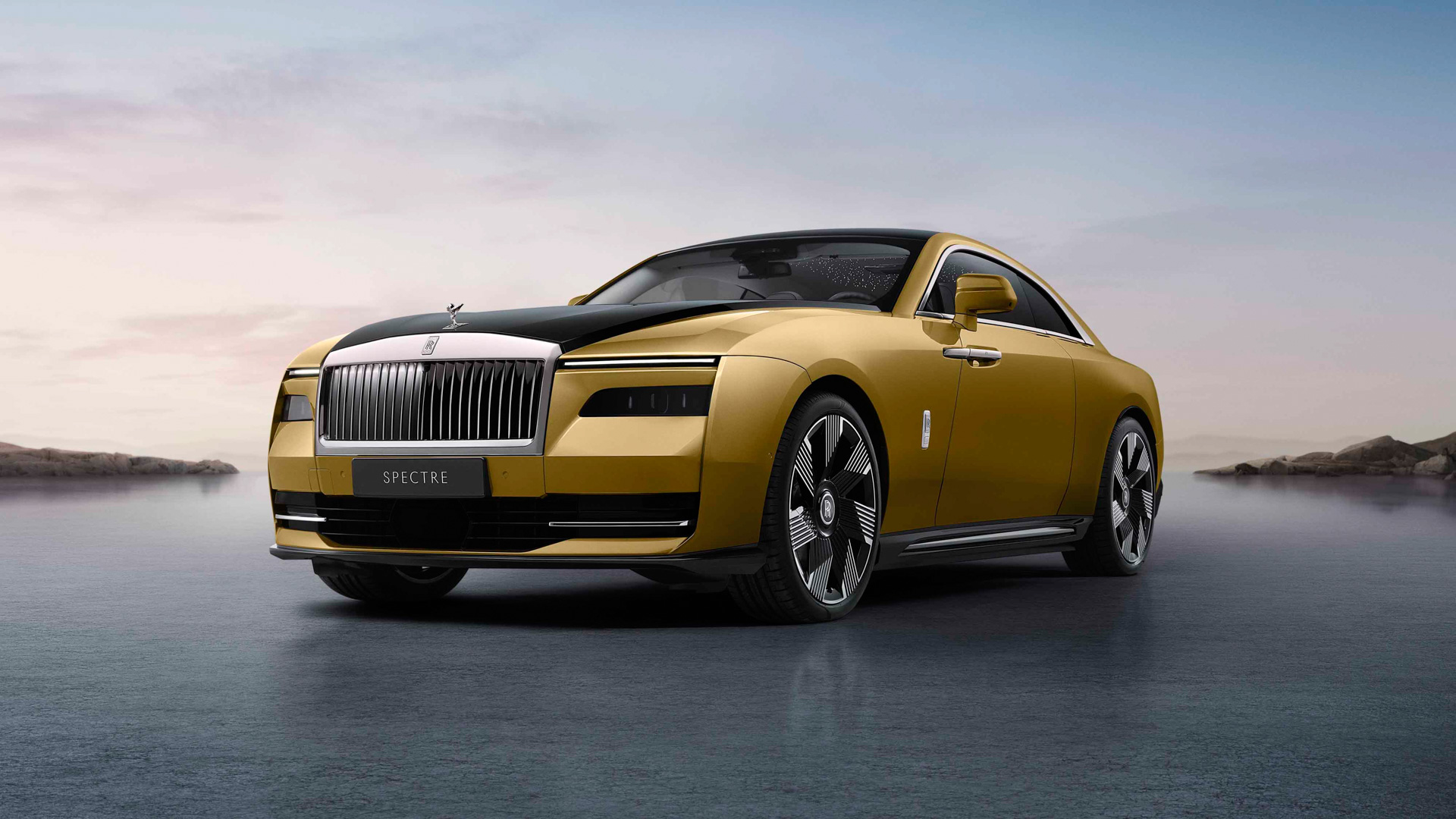 British luxury automotive icon Rolls-Royce has unveiled the marque’s first fully electric car, the 2024 Rolls-Royce Spectre, billed as the “world’s first Ultra-Luxury Electric Super Coupe” and the “spiritual successor” to the Phantom Coupe. Spectre is more than a motor car. It is a statement of intent and a symbol of a bright, bold future as Rolls-Royce progresses into an all-electric era.

The Spectre is built around an aluminium spaceframe that integrates the giant battery to help make the coupe 30 percent stiffer than any previous Rolls Royce. The flexibility of the architecture has also allowed engineers to place the floor halfway between the sill structures rather than on top or underneath them. A channel has been made for wiring and climate control pipework between the battery and the floor, with the battery mounted underneath.

Rolls Royce has not yet released all of the figures; final power, acceleration, and range figures are “still being refined.” But, preliminary data published by Rolls-Royce this week suggests the Spectre will have an all-electric range of 520 kilometres (WLTP). Boasting 900Nm of torque from a 430kW powertrain, it should be able to accelerate from 0-100km/h in 4.5 seconds.

The design of Rolls-Royce’s first fully-electric motor car is inspired by the worlds of haute couture, modernist sculpture, nautical design, tailoring and contemporary art.  The incredibly aerodynamic Spectre has an air drag coefficient ratio comparable to the most economic cars thanks to its shape inspired by modern yachts.

The Spectre also boasts Rolls-Royce’s widest-ever grille which bisects the split headlights. An “aero-tuned” Spirit of Ecstasy figurine – itself the result of 830 combined hours of design modelling and wind tunnel testing – leans into the wind, even though the cat offers an impressive drag coefficient of only 0.25cd, making it the most aerodynamic car the marque has ever made.

Spectre’s daylight running lights highlight the motor car’s two-meter width and are offset with lower lamp clusters that appear darkened, at first glance, but hide jewelry box-like darkened chromium housings for the headlights. The grille is softly illuminated, with 22 LEDs lighting up the sandblasted rear side of each of the vanes.

Spectre comes equipped with the most technologically advanced bespoke features for a Rolls-Royce yet. The all-new front seat design has been inspired by British tailoring, with lapel sections that can be rendered in contrasting or matching colors to the main base.  For the first time on a series production Rolls-Royce, Spectre is available with Starlight Doors, which include 4,796 softly illuminated ‘stars’. The coach doors can also be commissioned with a backdrop of wood Canadel Panelling.

Spectre is available for commission immediately, with first client deliveries beginning in the fourth quarter of 2023.  Discover Opulent Club on Apple news.