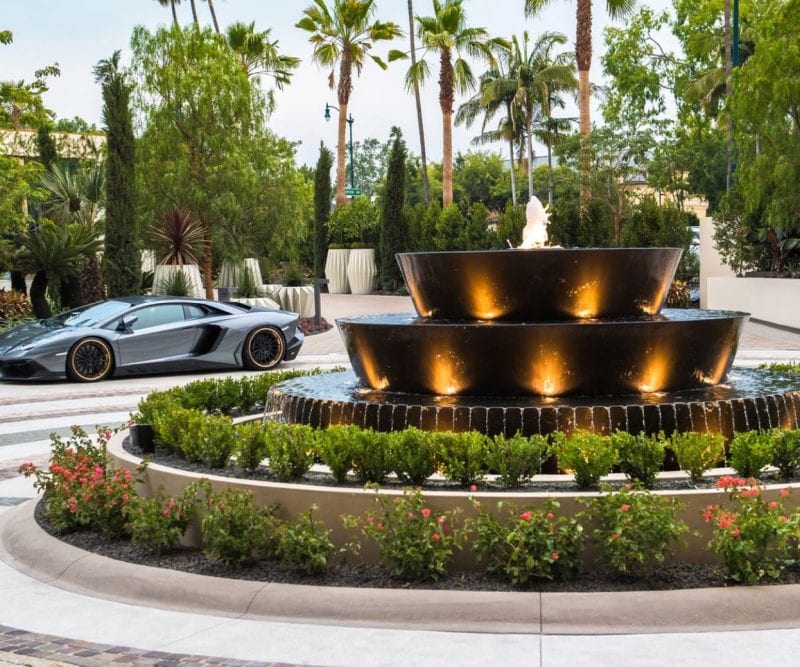 In a prime position on the western edge of Beverly Hills, the Waldorf Astoria which opened in 2017. Luxurious Art Deco-inspired hotel bordering Rodeo Drive, with Pierre-Yves Rochon–designed rooms and cuisine by Jean-Georges. The Waldorf sets itself apart with its beguiling European accents—a triple-height lobby, bespoke art makes a grand entrance. I loved the hidden nooks in the lobby and roof deck, and I’m sure high-profile guests also appreciate the privacy factor. From the moment you enter the dramatic Waldorf Astoria Beverly Hills lobby, it’s clear you’re in a town known for Hollywood glamour. 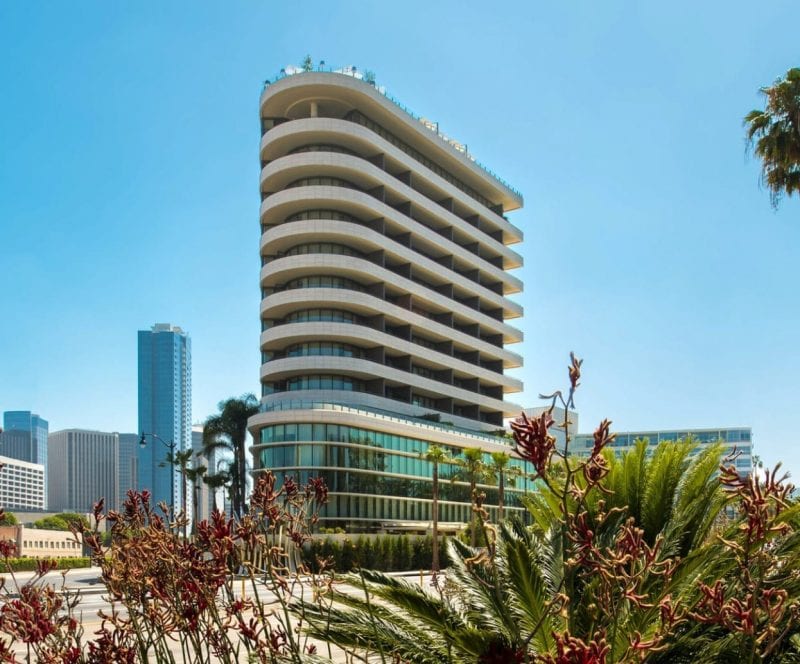 The $200 million building is 12 stories high with 170 rooms 51 of those rooms are suites, with additional exterior collaboration with architectural firms Perkins+Will and Gensler. Made of white limestone, it’s shaped like a wedge and positioned at the corner of Santa Monica Boulevard and Wilshire Boulevard in a satisfying curve. 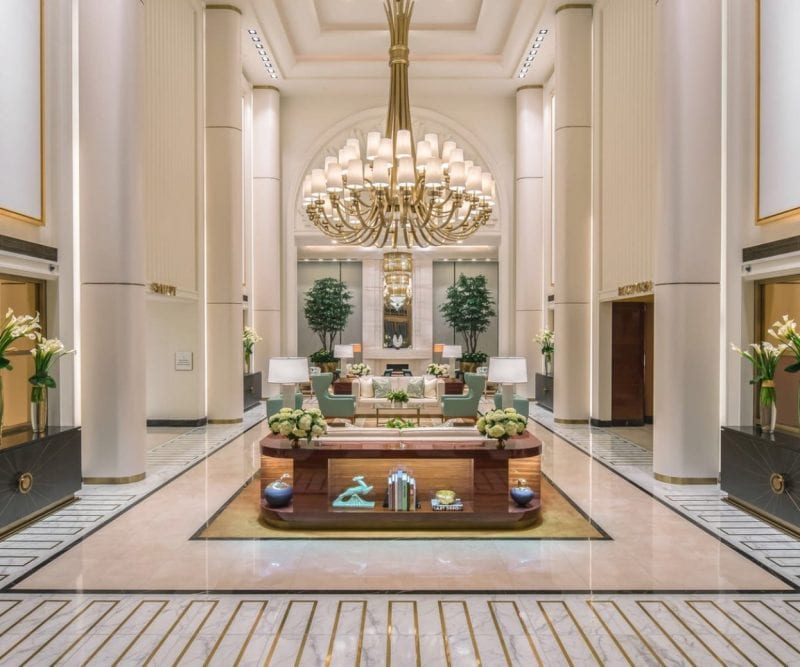 There’s a high level of expectation at a Waldorf Astoria property, and pleasant, professional and intuitive staff went above and beyond here. For example the hotel offer a complimentary unpacking service if you’re particularly lazy, also a Rolls Royce house car parked up front waiting to chauffeur you around the neighborhood. During check in, each guest is assigned a round-the-clock personal concierge team.

Food and drink: The main restaurant is Jean Georges, located on the ground floor. The restaurant offers several types of seating options. It bills itself as French-American cuisine though the menu includes South American flavours and European classics .

The rooftop bar and restaurant called simply The Rooftop by JG – has some of the best views in LA guaranteed. You can see the Hollywood Hills and Beverly Hills from up here. While on the roof, I suggest trying a passionfruit fizz and snacking on spring pea guacamole and tacos.

The Rooftop Pool: Right next to the bar, the rooftop pool is a no-fuss affair – a reasonably sized oblong area with surround views across the city, features VIP cabanas. Spa-lovers can enjoy a treatment at the only La Prairie Spa in Los Angeles, whose lengthy menu includes services exclusive to the property, such as the decadent Diamond Day (5.5 hours/$725), as well as facials, body treatments, couples’ experiences, nail care and more.

Bed and bath: The Wilshire King Deluxe Suite
Rooms feature floor-to-ceiling windows. Airy, pristine, white and above all large, 700 square feet plus a 241 square-foot balcony. Lights and gadgets in the room can be controlled using the iPad provided, from the opening of curtains to the dimming of lights.

Suites offer toiletries made by Diptyque. There is also a case containing shaving kits, mouth wash, a shower can, a sewing kit and a comb. Rooms facing north east get nice views of residential Beverly Hills, while those facing south get more of a feel for the bustling city.